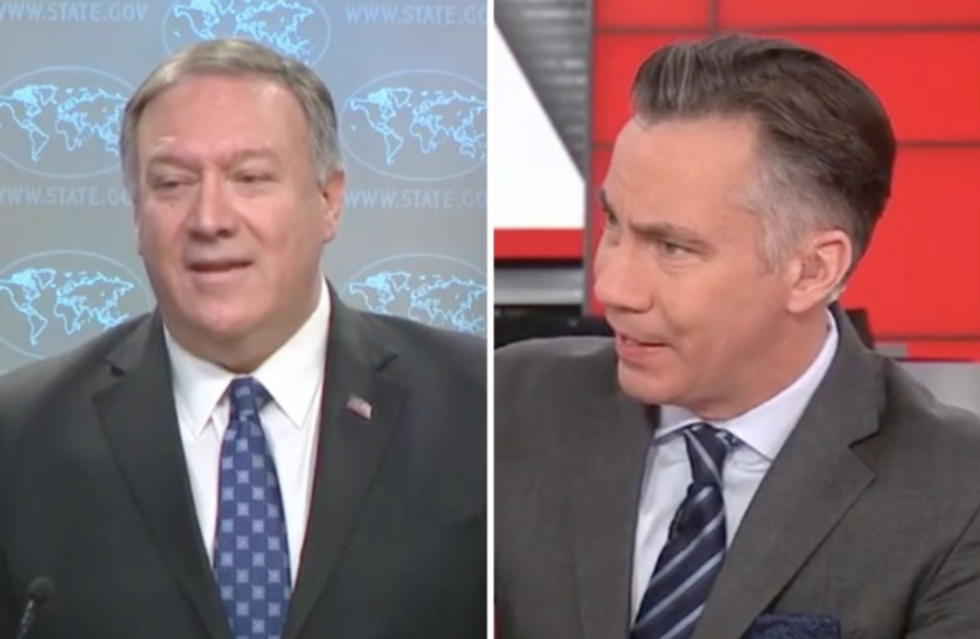 During a press conference with reporters this Tuesday, Secretary of State Mike Pompeo answered numerous questions from reporters regarding the recent targeted killing of an Iranian general, as well as the contradictory messages coming from the White House regarding President Trump's comments where he threatened to attack Iran's "cultural sites."

As the press conference wrapped up, CNN's Jim Sciutto commented on an "almost Orwellian moment" where Pompeo denied any intention on the part of the US to attack cultural sites in Iran, while at the same time claiming that is consistent with what Trump said.

Later in the segment, Rear Admiral John Kirby (Ret) said that it was pretty clear that Pompeo didn't want to even try to defend Trump comments about attacking cultural sites, "which is Pompeo's way of not confronting Trump, but admitting they're not gonna do that."