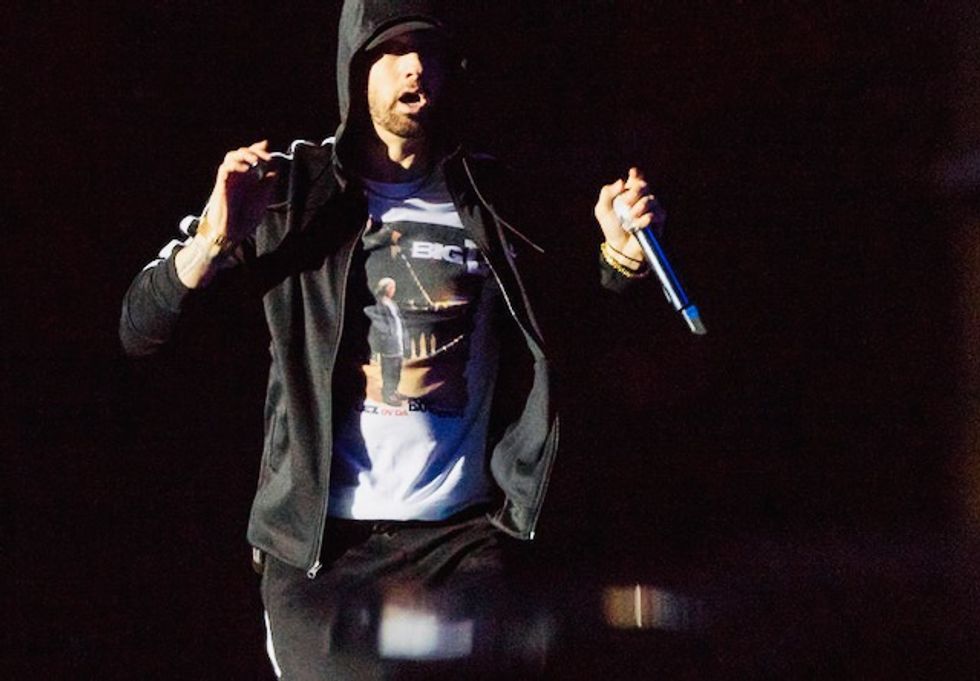 Guess who's back?... Rapper Eminem surprised fans Friday by dropping a new album featuring a strong anti-gun violence theme but also stoking the kind of controversy that brought him fame.

On the album, one track called "Darkness" tells the story of a loner going on a shooting spree, while another song, "Unaccommodating," has triggered outcry and muddied the veteran singer's call for gun control.

The song references the 2017 deadly bombing at an Ariana Grande concert in Manchester, Britain, which left 22 people dead.

"But I'm contemplating yelling 'bombs away' on the game like I'm outside of an Ariana Grande concert waiting," the 47-year-old artist, born Marshall Mathers, raps on the track.

The lyric was met with scorn on social media, with some users dubbing it "disgusting" and "trash."

The new album, called "Music to be Murdered by," features appearances from the late rapper Juice WRLD, along with Q-Tip, Ed Sheeran, Anderson .Paak and regular collaborator singer Skylar Grey.

Dr. Dre is credited throughout as a producer.

The rapper also released Friday a video for "Darkness" that featured audio and footage from the 2017 mass shooting in Las Vegas, the deadliest US gun massacre carried about by an individual in modern history.