'Expect a terrifying year': NPR host compares America in 2020 with the US right before the Civil War 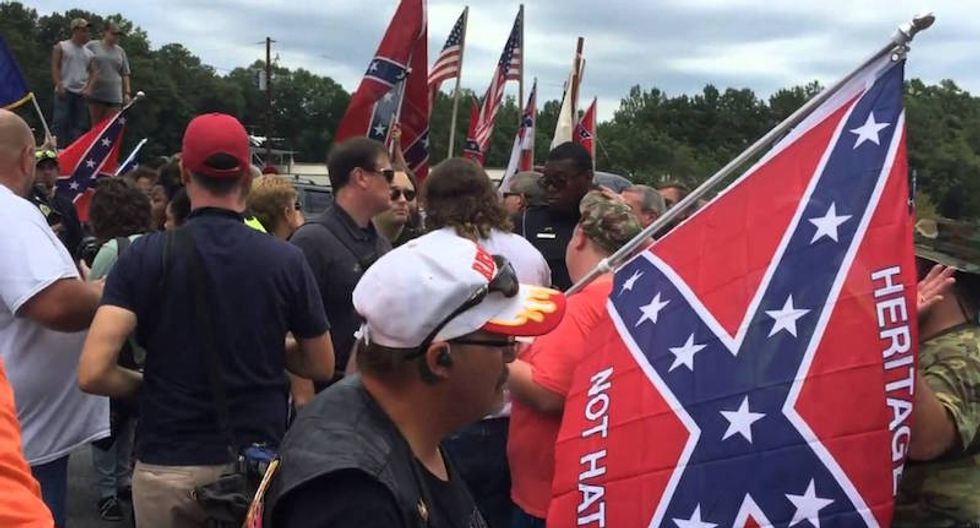 NPR host Steve Inskeep has written a terrifying column in the New York Times that compares the political conditions in the United States today with the conditions America faced during the 1856 election, just five years before the start of the American Civil War.

Inskeep writes that the campaign of Democratic candidate James Buchanan used anti-immigration rhetoric to slander Republican nominee John C. Frémont, who ran on a campaign opposing the expansion of slavery throughout the United States.

"Opponents soon remade [Frémont's] image through a cascade of lies," Inskeep writes. "They accused him of radical beliefs that he did not hold. They also revealed he was the out-of-wedlock son of an immigrant (true) and then claimed that he was an immigrant himself (false), born outside the United States and thus ineligible for the presidency. The birthers of 1856 added an even more devastating false claim that Frémont was an adherent of a dangerous and alien religion, Catholicism."

The charge of being a secret Catholic was part of a broader campaign of xenophobia that included wild conspiracy theories about a papal takeover.

"Native-born citizens voted out lawmakers sympathetic to foreigners and promoted conspiracy theories that the pope would use Irish Catholics to control the country," Inskeep explains. "They led marches into immigrant neighborhoods, deliberately provoking violence."

At the root of these conspiracy theories was a fear that growing populations in Northern states meant that the anti-slavery Republicans could permanently win power without having to compromise with Southern states.

Inskeep says a similar dynamic is at play in the U.S. right now, as Trump-backing conservatives fear demographic changes will permanently lock them out of power.

"Expect a terrifying year," he writes. "What drives Americans to extremes is not losing an election but the fear of losing for all time. As Democrats and progressives count on an evermore diverse population to ensure victory, some of President Trump’s supporters foresee permanent defeat. Fox News stokes dread of demographic change with repeated images of migrants climbing fences. The president told supporters as a candidate in 2016 that he was their “last chance” to save the country."