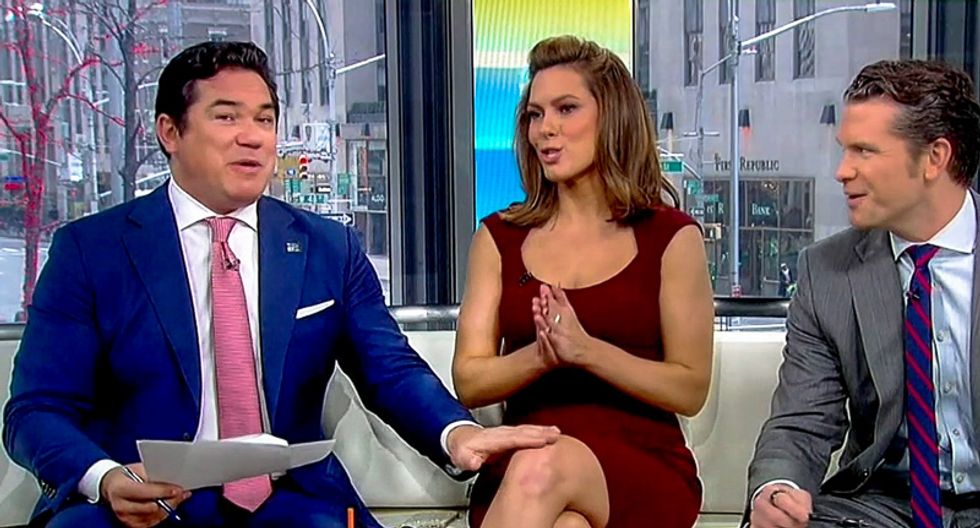 The incident occurred as Cain was segueing from a segment about Iran to news about Britain's royal family.

As Dean introduced the segment, he patted Lisa Marie Boothe on the knee.

"Let's us pivot," Dean said as he looked down at Boothe's legs.

"You pivot," he added, patting her knee.

"Don't judge me," Boothe said of her interest in the royal family. "This is very interesting to me."