Jim Jordan scorched by Dem challenger over OSU sex abuse denials: ‘This is a damning to hell lie’ 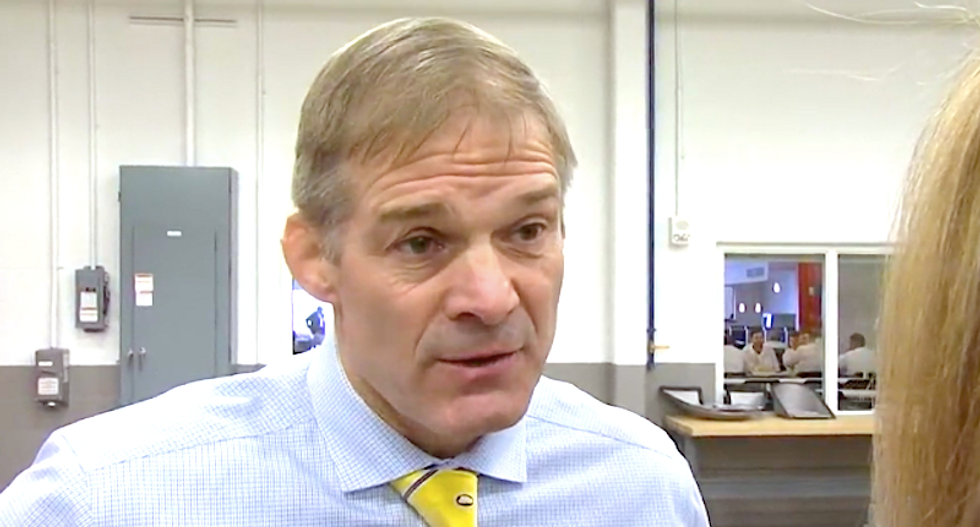 Rep. Jim Jordan (R-OH) denied claims that he knew about the sex abuse of college wrestlers by a team physician when he was a coach at Ohio State University -- and his Democratic challenger Shannon Freshour called him a liar.

At least four former wrestlers and a referee have said they complained to Jordan about Dr. Richard Strauss -- but the Ohio Republican dismissed their claims as ridiculous, reported WCMH-TV.

The TV reporter reminded Jordan that a fencing coach kept her athletes away from Strauss, and pointed out that his locker was near the physician's.

"I’ve talked to other coaches who were there at the time and athletes like Dan Ritchie says Dr. Strauss had a locker two down from yours," said reporter Colleen Marshall. "How were you not aware that he was in there taking a shower every day and pleasuring himself in front of these students when they all knew about it?"

Jordan insisted he hadn't been aware.

Freshour, who's running as a Democrat for Jordan's congressional seat, ripped the lawmaker as a liar.

"This is a damning to hell lie," Freshour tweeted. "He knew, survivors stated he knew, other members of staff said he knew. He mocked the survivors when they sought his help."

"Oh and he is currently protecting a serial sexual predator now so really how is that anything about a flat-out lie," she added.