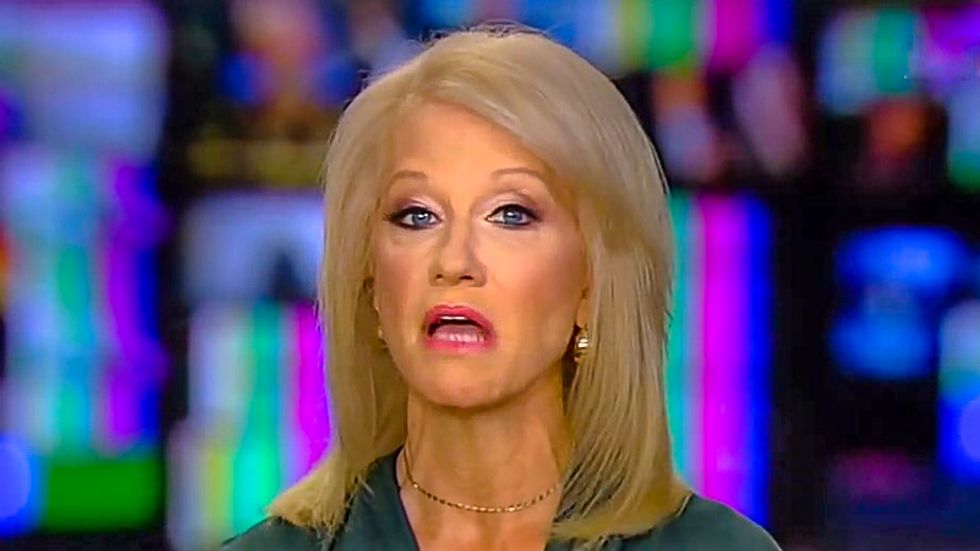 During an interview with Fox News' Sandra Smith, Conway once again echoed President Donald Trump and complained about how unfair the impeachment process has been.

Conway then slammed Senate Democrats for wanting to call witnesses to testify at Trump's impeachment trial.

"Look at what happened in the House, the Republicans, the president was denied calling his own witnesses," Conway falsely claimed, as House Democrats did allow some witnesses who were requested by House Republicans to testify. "That is a complete disgrace!"

Conway also then questioned whether it was really true that all 47 Democrats in the Senate were in lockstep about wanting to hear from witnesses.

"How do we know that's true?" she demanded "I've read that reported."

At this point, Smith interjected.

"Even Republican colleagues of the president, Ted Cruz and others, [are] suggesting that that's the case," she pointed out.

"Well, they could be going in lockstep, but look at what happened, the only thing bipartisan so far about this impeachment sham has been the bipartisan opposition to it in the House!" Conway snapped back.