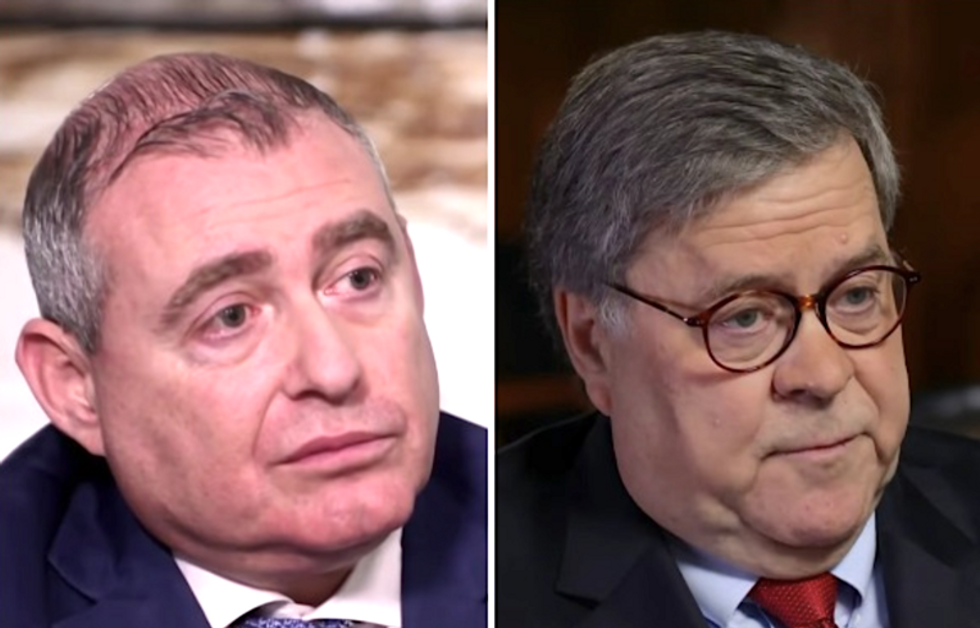 Speaking to MSNBC's Rachel Maddow last Wednesday, Lev Parnas said that President Trump “knew exactly what was going on” regarding the effort to pressure Ukraine to investigate Joe Biden.

“He was aware of all my movements,” Parnas told Maddow. “I wouldn’t do anything without the consent of Rudy Giuliani, or the president. I have no intent, I have no reason to speak to any of these officials.”

In that same interview, Parnas, a Soviet-born businessman and former associate of Trump's personal attorney Rudy Giuliani, went on to implicate multiple people in Trump's administration of having direct knowledge of his dealings in Ukraine, including Attorney General William Barr.

“Attorney General Barr was basically on the team,” Parnas said, adding that Barr communicated often with Giuliani and “had to have known everything.”

Now, according to Wall Street Journal White House correspondent Rebecca Ballhaus, Parnas is requesting that Barr recuse himself from the Southern District Of New York's (SDNY) investigation into him.

"Lev Parnas has filed a letter in court—and sent a copy to the DOJ—requesting for Barr to recuse himself from the SDNY investigation into Parnas’s campaign donations and business dealings," Ballhaus tweeted this Monday.

Lev Parnas has filed a letter in court—and sent a copy to the DOJ—requesting for Barr to recuse himself from the SD… https://t.co/uFKUBtCBVL
— Rebecca Ballhaus (@Rebecca Ballhaus) 1579553376.0