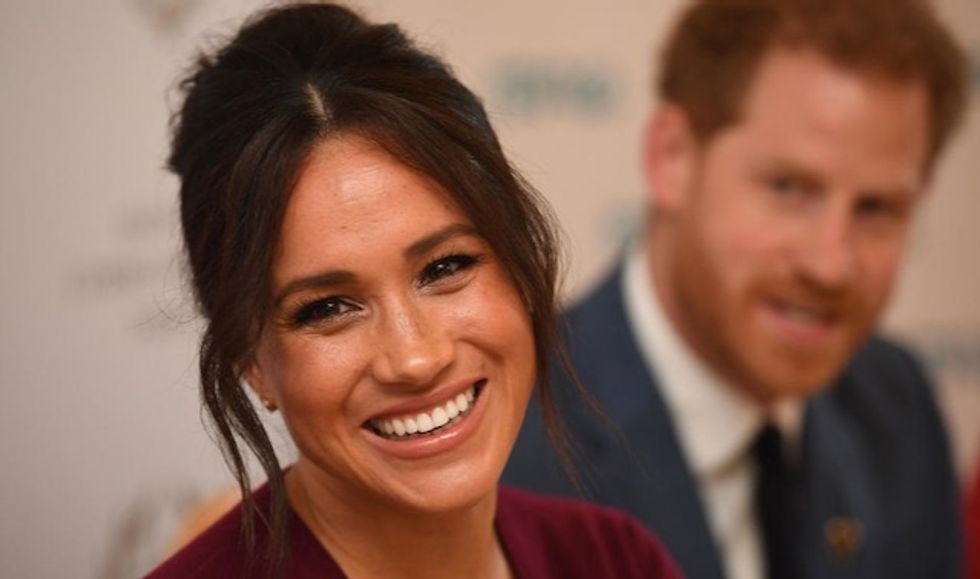 Prince Harry's wife Meghan could face her father in court over the publication of a letter she wrote to him, British media said Wednesday, as she made a public appearance in Canada.

Meghan launched legal action against The Mail on Sunday's publishers in October after the tabloid printed a handwritten letter it had been shown by Thomas Markle.

The middle-market weekly newspaper has now issued its defense, leading to the possibility that Meghan and her father could be called to testify against each other.

Harry and Meghan are in the eye of a storm after sensationally quitting as full-time royals last week -- before they had discussed their plans with Queen Elizabeth II.

The Duke and Duchess of Sussex, as they are also known, are now in talks with senior royals about how their wished-for new roles could work. Final details are due in the coming days.

The prospect of a high court showdown only adds to the pressure on the couple.

Harry, sixth in line to the throne, married US former television actress Meghan at Windsor Castle in May 2018 following a whirlwind romance.

Her father, an award-winning former lighting director now living in Mexico, did not attend the wedding after staging paparazzi photographs and being hospitalized with chest pains in the build-up.

The letter was written in August 2018 and published in February 2019 shortly after the US magazine People ran a story citing Meghan's friends talking about the letter, which shed light on her troubled relationship with her estranged father.

Meghan launched her claim in October last year towards the end of a well-received tour of southern Africa, overshadowing the couple's trip.

She filed a claim against publishers Associated Newspapers over "the misuse of private information, infringement of copyright and breach of the Data Protection Act 2018".

Her lawyers said at the time that the publication was "part of a campaign by this media group to publish false and deliberately derogatory stories about her, as well as her husband."

Should Meghan win, any damages will be donated to an anti-bullying charity.

Harry said in an accompanying statement: "The contents of a private letter were published unlawfully in an intentionally destructive manner to manipulate you, the reader, and further the divisive agenda of the media group in question.

"They purposely misled you by strategically omitting select paragraphs, specific sentences, and even singular words to mask the lies they had perpetuated for over a year."

Newly revealed legal documents outlining The Mail on Sunday's defense show they will rely on evidence from Markle, including that he "had a weighty right to tell his version of what had happened".

The paper's sister publication the Daily Mail said on its front page Wednesday that Markle would be prepared to give evidence against his daughter.

The Mail on Sunday also argues that publication of the letter was in response to the "one-sided" article in People -- meaning the letter's existence was already in the public domain.

In her first public appearance since the summit, Meghan visited the Downtown Eastside Women's Centre in Vancouver Tuesday, discussing "issues affecting women in the community", according to a photograph posted on Facebook by the shelter.

Harry, 35, and Meghan, 38, spent six weeks on Vancouver Island on Canada's Pacific coast over Christmas with their son Archie, who was born in May last year.

The couple returned to Britain but Meghan has since gone back to Canada, missing Monday's crisis summit at Queen Elizabeth's Sandringham winter residence.

The 93-year-old monarch, her eldest son and heir Prince Charles, 71, and his two sons Princes William and Harry held talks aimed at brokering a future for the Sussexes.

The couple want to step back as senior royals, financial independence from the British taxpayer, to split their time between the UK and Canada and to pull out of the long-established pooled media system for covering royal engagements.