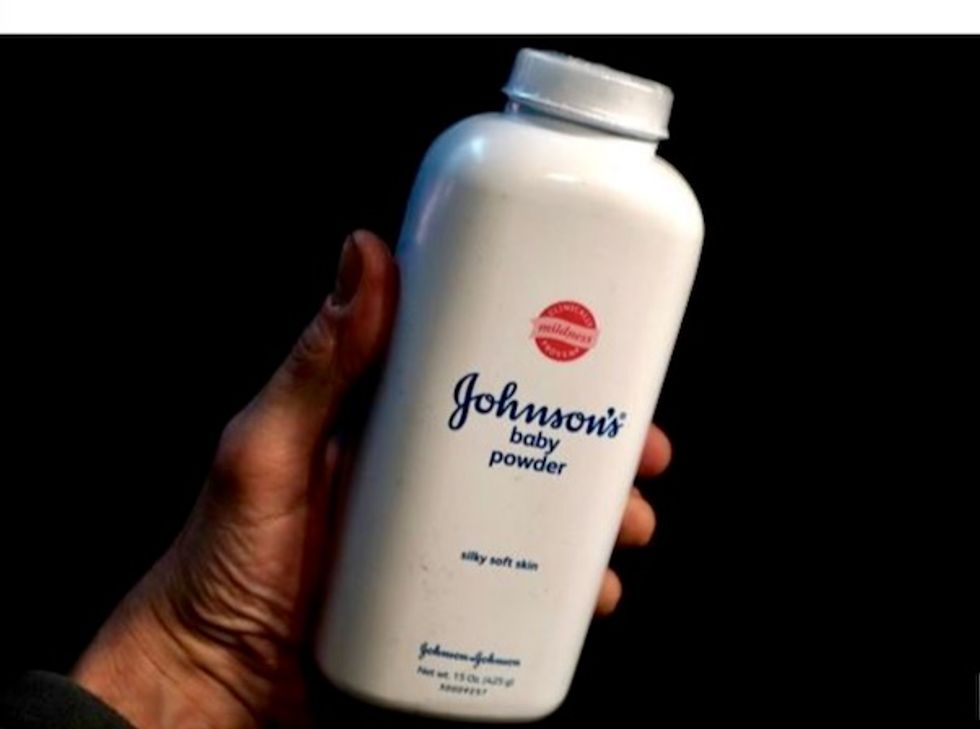 FILE PHOTO: A bottle of Johnson and Johnson Baby Powder is seen in a photo illustration taken in New York, February 24, 2016. REUTERS/Mike Segar/Illustration

A new study published Tuesday examining data from over 250,000 women across the United States found no link between the use of talcum powder in the genital area and ovarian cancer.

It comes after Johnson & Johnson was ordered in 2018 to pay out $4.7 billion to 22 women who had claimed that asbestos in the company's talcum powder products caused them to develop ovarian cancer. An appeal is underway.

Four in ten US women say they have used the powder, either through direct application or via underwear, sanitary pads or a diaphragm. The practice is common among older generations but persists among some younger women too.

In the 1970s, concern began to arise over the contamination of the mineral talc with asbestos, which often form alongside each other in nature.

Some studies showed a higher risk of ovarian cancer among users of talcum powder, which was suspected of entering the ovaries via the vagina and uterus.

The link remained contested because of the low number of studies carried out over five decades, and some had statistically weak results.

The effect is also difficult to isolate because ovarian cancers themselves are rare: only 1.3 percent of all women risk being affected in their lifetimes.

In the new paper published in the Journal of the American Medical Association, researchers from various centers across the US therefore synthesized the data from four large studies which followed a quarter of a million women from 1982 to 2017.

The studies surveyed participants every year or two on a diverse set of questions related to health, including the use of talcum powder.

The hope was that by scaling up the number of participants, it would be possible to discern with statistical validity weak effects that on a smaller population would not be detectable.

But, although the study is the largest of its kind with the longest follow-up time, the authors said there were several limitations.

These included that two of the four data sets missed information on frequency and duration of use.

There are also inherent limitations associated with so-called observational studies of the population at large -- as opposed to controlled clinical trials for drugs -- including failure to account for all possible external factors.