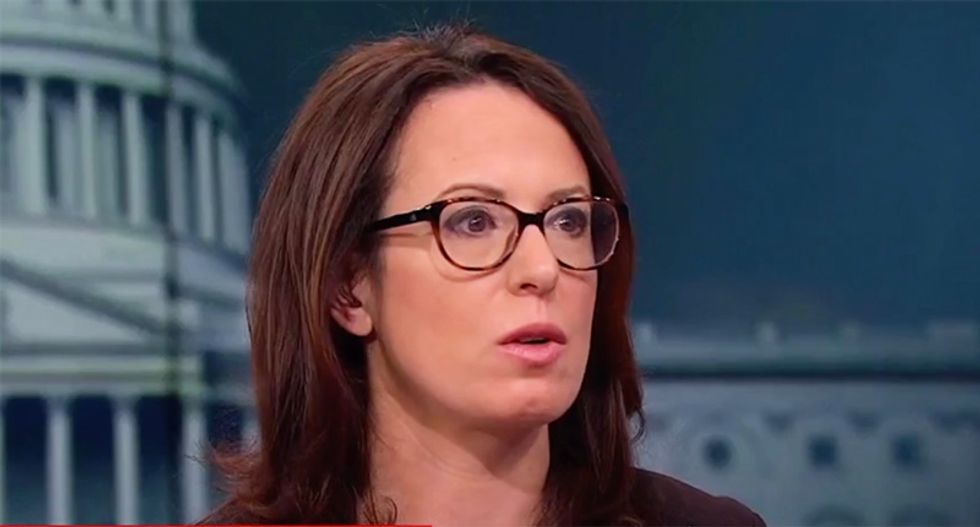 New York Times reporter Maggie Haberman caught President Donald Trump vastly inflating his own poll numbers after he suggested his approval rating could be as high as 60 percent.

The president on Monday afternoon cited a days-old poll from Rasmussen that showed his approval rating at 51 percent. Rasmussen polls are consistent outliers among opinion polls, as they are the only ones that regularly give Trump an approval rating anywhere close to 50 percent.

Not satisfied with this, Trump then added, "And they say you can add 7% to 10% to all Trump numbers," which implied that his actual approval rating could be north of 60 percent.

"Is 'they' Rasmussen?" Haberman replied on Twitter, implying that the pollster was giving the president bogus reassurances of his own popularity.

Rasmussen in 2018 actually had the Republicans winning the generic congressional ballot by one point just before Democrats trounced the GOP by more than 8 percentage points on election day.