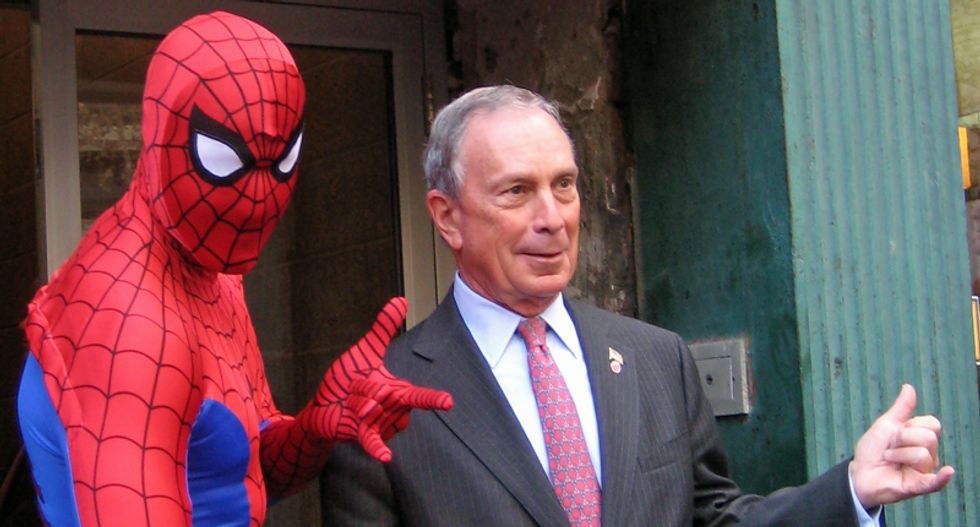 There's no respite from politics on Super Bowl Sunday, with campaign ads making a debut at the biggest US television event of the year, potentially roiling what is normally a day for good-natured sports rivalries.

While ads with social or political messages have been aired in past NFL championship games, these are the first from presidential candidates, said Villanova University professor Charles Taylor, who follows Super Bowl advertising.

"The presence of political advertisements for candidates for office is unprecedented, so it will draw a lot of attention," Taylor said.

Taylor said the messages could lead to "unpleasant situations" on what is "almost like a national holiday" on Super Sunday.

Political messages during the event "can take the air out of the room," says Peter Daboll, chief executive of the advertising analytics firm Ace Metrix.

Daboll said most people don't want to see a political message during the game, and questioned how effective these ads would be.

Daboll said that "people are fatigued with the polarization of politics," and that the ads are unlikely to have a major impact on voters.

"We see about 90 percent of the views are dug in, so you're only going after that small group that is 'swayable,'" he said.

While campaign ads have never been banned for the Super Bowl, the political calendar makes it impractical: the cost is prohibitive for most candidates and battles are largely being fought in the state-by-state balloting ahead of the party nominating conventions, with the general election still nine months off.

Still, Taylor said "it's a pretty good buy for both Trump and Bloomberg, to get this kind of reach across the country. It would cost more than $10 million to get the same reach in other kinds of ad campaigns."

Because of the large viewership, the Super Bowl is considered a key event for the ad industry, often bringing in the most creative spots. Some of the biggest brands will be present as usual including Budweiser, Google, Amazon, Tide and Facebook.

But political messages may lead to "crowding out the attention some brand advertisers would get," said Taylor.

The rival ads during Super Bowl LIV, pitting the Kansas City Chiefs and San Francisco 49ers, will come on the eve of the first Democratic caucuses in Iowa, even though Bloomberg is not on the ballot and Trump is not expected to face a significant challenge.

Both the Republican president and former New York mayor have large campaign warchests -- Trump has raised more than $100 million and Bloomberg is pledging to spend whatever it takes from his $60 billion fortune -- which make it possible to run the pricey ads reaching an estimated 100 million viewers.

"There are very few TV shows that draw a mass audience in the contemporary media environment," she said.

Larry Chiagouris, a Pace University marketing professor and brand consultant, noted that Bloomberg may not be well known outside the northeast region.

"For Bloomberg, this is a great way to get a lot of exposure quickly," he said.

Both Trump and Bloomberg released their videos on Thursday, which appeared to steer clear of some of the harsh rhetoric the candidates have displayed.

Trump's message offered a view that the nation is "stronger, safer, more prosperous," while Bloomberg pointed to his efforts to curb gun violence, without mentioning Trump.

The ads "are likely to be pretty effective, given what the candidates hope to accomplish," Taylor said.

Trump's message on the economy "maximizes the chances of resonating with the widest range of voters that he is likely to appeal to," he added.

Bloomberg meanwhile is trying to send a message to Democratic primary voters to boost his standing.

"While the gun control issue he focuses on in the ad is divisive on a national level, it is likely to resonate with a significant number of primary voters," Taylor said.