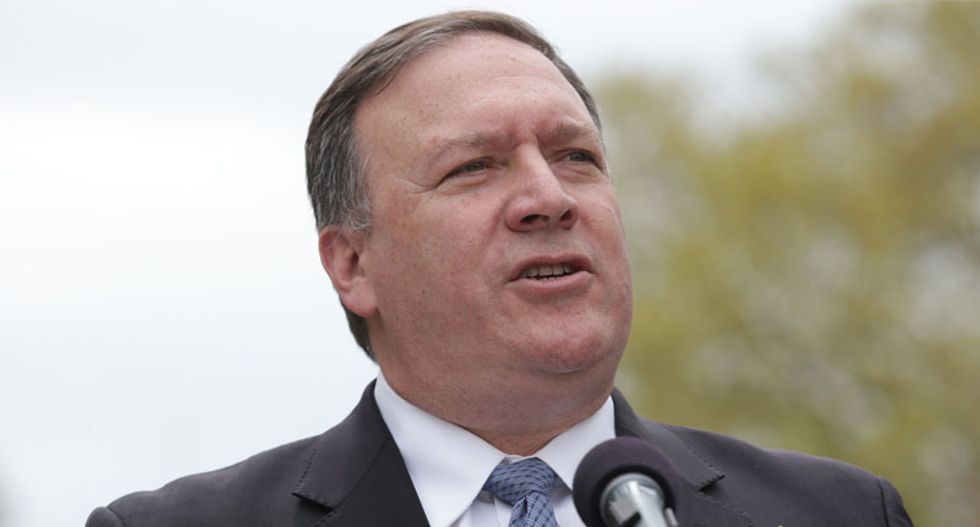 Secretary of State Mike Pompeo predicted Thursday that Brexit would bring "enormous benefits" to the United States and the UK, during a visit to Britain on the eve of its historic departure from the European Union.

Ahead of talks with Prime Minister Boris Johnson about a post-Brexit trade deal and other key issues, Pompeo said he was optimistic about Britain''s nearly half a century of EU membership ending late Friday.

"There were things that the United Kingdom was required to do as part of being a member of the EU, and they''ll be able to do them differently now," Washington''s top diplomat told a think-tank audience in London.

"You will see the enormous benefits that accrued to both of our nations as a result of this." Britain will enter a new chapter when it becomes the first country to quit the EU''s institutions at midnight Brussels time (2300 GMT) on Friday.

"It is a great moment for our country... a moment of hope and opportunity," Johnson said Wednesday, as he prepared to address the nation at 2200 GMT Friday -- an hour before Brexit.

Although Britain will remain under most EU rules during an 11-month transition period, it is then likely to lose privileged access to the single European market -- the world''s largest and most important for UK trade.

Johnson has argued he can negotiate ambitious free trade agreements with both his 27 former partners and the US, but has seen recent strains in the so-called "special relationship" with Washington.

Britain has been angered by American refusal to extradite the wife of a US diplomat who is using the cover of diplomatic immunity to avoid prosecution over the death of a teenager in a road accident in England.

Johnson''s hopes for a US trade deal are also complicated by Trump''s unpopularity in Britain and domestic pressure to stand up to Washington.

The British premier has defied expectations since taking power last July by failing to side with the United States on everything from the Iran nuclear deal, which President Donald Trump has abandoned, to working with Chinese tech giant Huawei.

Trump -- a long-time fan of Brexit and Johnson''s ability to deliver it successfully -- has publicly urged Britain to rethink, yet has so far been restrained in his criticism. But others, including Republican senators who will have to sign off on a future US-UK trade deal, have cautioned that sharing intelligence and striking an agreement could be imperilled by the Huawei decision in particular.

Pompeo, in London on the first leg of a five-nation tour that also takes in Ukraine, sounded a more positive note on Thursday.

He said the US-UK intelligence sharing relationship would remain "deep" and "strong" and that he was "confident" the next generation of technology would be secure.