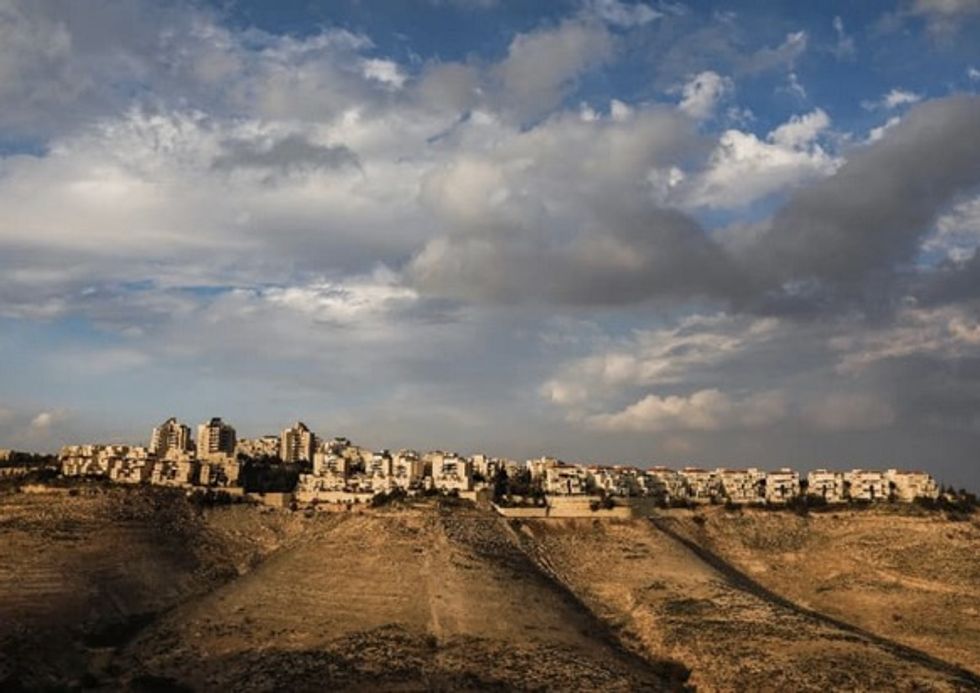 Jewish settlements in the occupied West Bank, including the largest, Maale Adumim, are at the centre of Israeli annexation plans following a green light from US President Donald Trump's controversial peace plan

Questions surfaced Thursday over whether Israel would immediately seek to annex parts of the West Bank, after US President Donald Trump's controversial peace plan called for extending Israeli sovereignty to the area.

The plan, seen as overwhelmingly supportive of Israeli goals, has been firmly rejected by the Palestinians.

It gives the Jewish state a US green light to annex key parts of the occupied West Bank, including in the strategic Jordan Valley.

But uncertainty was mounting over Israel's next moves.

After Trump unveiled his long-awaited plan in Washington on Tuesday, his ambassador to Israel David Friedman said the Jewish state "does not have to wait at all".

Israeli officials then said that Prime Minister Benjamin Netanyahu, a staunch Trump ally, would seek cabinet approval on Sunday to annex settlements and territory that would be part of Israel under the US plan.

But Jared Kushner -- Trump's adviser and son-in-law who spearheaded the Middle East initiative -- said that Washington does not want any moves made before Israel's March 2 election.

Asked about the timing of any annexations in an interview with Gzero media, Kushner said: "The hope is they will wait until after the election.

"We'll start working on the technical stuff now, but I think we'd need an Israeli government in place in order to move forward," he added.

Netanyahu currently heads a caretaker government after his Likud failed to win a majority in two elections over the past year.

Likud is again running neck-and-neck in the polls with the centrist Blue and White party led by ex-military chief Benny Gantz and it remains unclear if either bloc will be able to form a government following a new election scheduled for March.

The Israeli premier also faces graft charges as he battles for re-election.

Netanyahu's office declined to comment when asked if the annexation issue remained on the agenda for Sunday's cabinet meeting.

The international community views Jewish settlements in the occupied West Bank as illegal and an attempt to formally place them under Israeli sovereignty would likely trigger further global uproar.

Netanyahu was however facing calls from the Israeli right to act.

"Whatever will be delayed until after the election won't ever happen. Everyone understands that. Every settlement, every yard of land that will be postponed to after the election will remain out (of Israel) for another 50 years," Defence Minister Naftali Bennett said Wednesday.

Netanyahu was in Moscow on Thursday seeking to broaden international support for Israel's ambitions.

Tourism Minister Yariv Levin, who was travelling with him, told army radio that the government wanted to move on annexation "as quickly as possible, in a number of days".

At the start of his meeting with Russian President Vladimir Putin, Netanyahu said Trump's initiative offered "a new and perhaps unique opportunity," without mentioning annexation.

The Russian leader did not mention the peace plan at all in his public remarks.

Meanwhile, Israel's army announced that it had deployed extra troops to the West Bank and around the Gaza Strip ahead of any further Palestinian demonstrations against the Trump plan.

The protests have been relatively muted since the Trump announcement, with only isolated clashes reported.

But one rocket was fired from the Hamas-controlled Gaza strip on Wednesday evening.

In response, Israeli aircraft struck a "number of Hamas terror targets" in the southern Gaza Strip, the army said.

An Israeli military official told AFP the decision to deploy extra troops to the West Bank and the Gaza border was made "to minimize the risk of a flareup".

And police said they had decided to boost their forces in and around Jerusalem ahead of Friday prayers on the volatile Al-Aqsa mosque compound.

Jewish settlements in the occupied West Bank, including the largest, Maale Adumim, are at the centre of Israeli annexation plans following a green light from US President Donald Trump's controversial peace plan

Map of Israel and Palestinian territories showing a proposed Mideast plan of US President Donald Trump, announced in Washington on Tuesday.