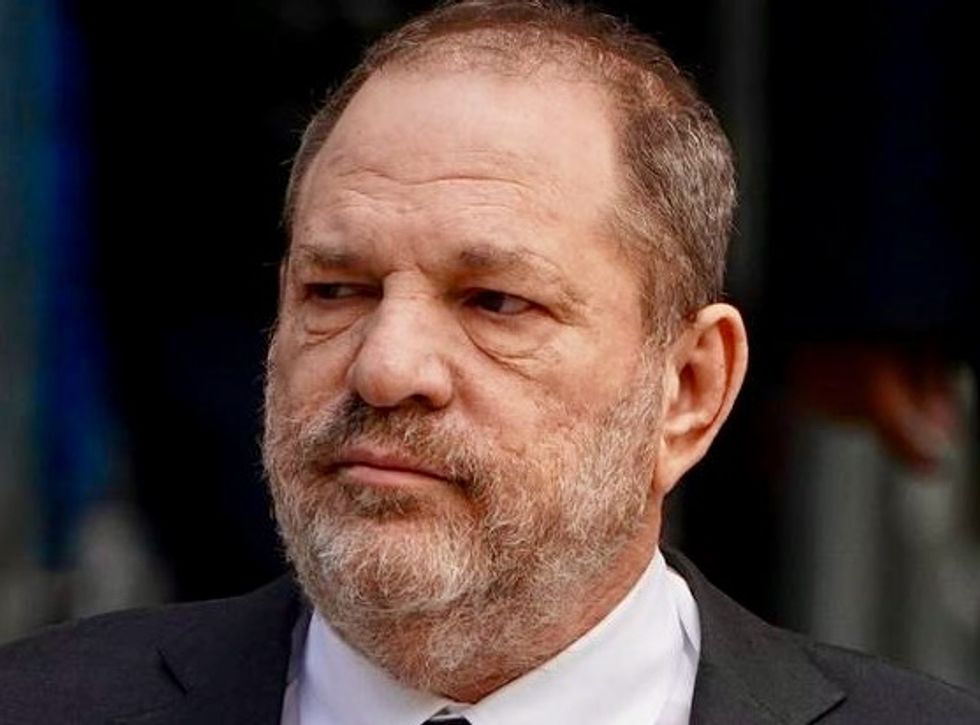 During a light moment in proceedings dominated by uncomfortable testimony, the roommate of one of Weinstein's accusers recalled how her pet pooch had chased him around their apartment.

Elizabeth Entin told the New York court that Mimi Haleyi, who accuses Weinstein of forcibly performing oral sex on her in 2006, called her and said "something weird had happened."

"She said Harvey Weinstein showed up at our apartment and pushed his way in. I was a little startled and asked what happened?" said Entin.

"Apparently my Chihuahua Peanut was chasing him and he was a little scared. He was like, 'What is this thing? Get it away from me,'" she added.

As the "Pulp Fiction" producer shuffled out of the New York courtroom using a walking aid, a waiting reporter shouted out, "Mr Weinstein, are you afraid of Chihuahuas?"

A grinning Weinstein laughed and replied, "Do I look like I'm afraid of Chihuahuas?"

More than 80 women have accused the ex-Miramax Films boss of sexual assault since allegations against him first ignited the #MeToo movement in October 2017.

But he faces charges related to just two women: Haleyi, and actress Jessica Mann, who says Weinstein raped her in 2013.

Weinstein, 67, faces life in prison if convicted of the most serious charges against him, those of predatory sexual assault.

On Monday, Haleyi testified that Weinstein sexually assaulted her in a children's bedroom in his New York apartment while she was on her period.

On Friday, "The Sopranos" actress Annabella Sciorra testified that Weinstein raped her in the early 90s, although her allegations are not part of the charge sheet.

Mann has yet to take the stand.

Weinstein says all his sexual relationships were consensual.

His defense attorneys have provided dozens of emails which they say show Haleyi and Mann in a friendly relationship with Weinstein long after the alleged incidents.