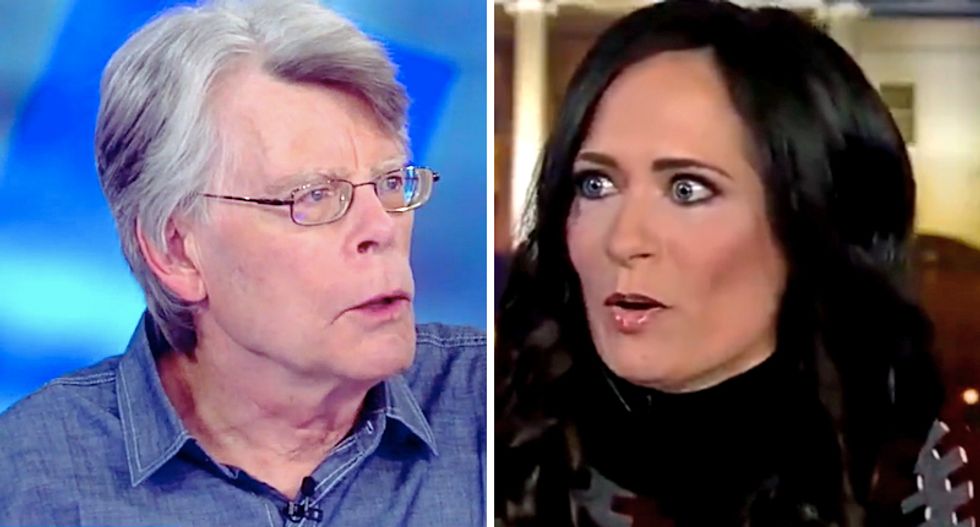 The White House has been widely criticized for failing to effectively communicate President Donald Trump's views on hostilities with Iran that have been going on inside Iraq.

Nicolle Wallace, who once served as White House communications director in the George W. Bush administration, described the confusion as a "messaging fog of war."

Much of the criticism was directed at White House press secretary Stephanie Grisham, who has refused to hold daily press briefings -- despite that being her job.

Shockingly, Grisham lashed out at the media on Tuesday for the inevitable chaos resulting from her professional failures.

Bestselling novelist Don Winslow decided to take matters into his own hands -- and offered a bounty for Grisham to do her job in a public letter posted on Twitter on Wednesday.

As of publication, Grisham has neither replied to the bounty nor held a daily press briefing.