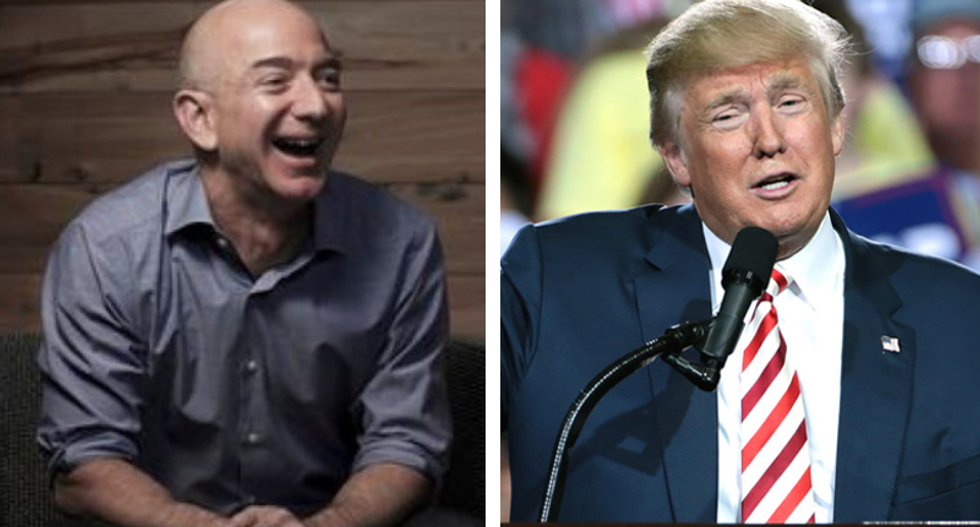 A party in Washington, D.C. on Saturday night hosted by Amazon billionaire Jeff Bezos featured a who's-who of Trump administration officials, billionaires, and journalists—leading observers to note the "class solidarity" on display between members of the American ruling elite.

The Bezos party came after the Alfalfa Club annual dinner at Cafe Milano in Washington, a yearly event that on Saturday honored Sen. Mitt Romney (R-Utah). Romney brought actor Ben Stiller to the party as a guest; both men were also seen arriving at the Bezos party after the event.

Kushner's closeness to Saudi Arabia's Crown Prince Mohammed Bin Salman, who is widely believed to have been behind the October 2, 2018 murder of Washington Post columnist Jamal Kashoggi, was noted by Matt Duss, foreign policy adviser to the 2020 Democratic presidential campaign of Sen. Bernie Sanders (I-Vt.). Bezos owns the Post.

"A couple weeks ago Jeff Bezos was tweeting pics from Jamal Khashoggi's memorial," said Duss. "Over the weekend he had Khashoggi's murderer's buddy Jared Kushner over for a party

Such a concentration of elite wealth and power, tweeted Crooked Media's Brian Beutler, appeared tailor-made for a campaign ad for the 2020 Democratic presidential candidacies of Sanders and Sen. Sanders and Elizabeth Warren (D-Mass.).

"Very strange of Jeff Bezos to make such a huge in-kind donation to the Sanders and Warren campaigns," said Beutler.