The Senate impeachment trial of President Donald Trump will begin in one week: Mitch McConnell 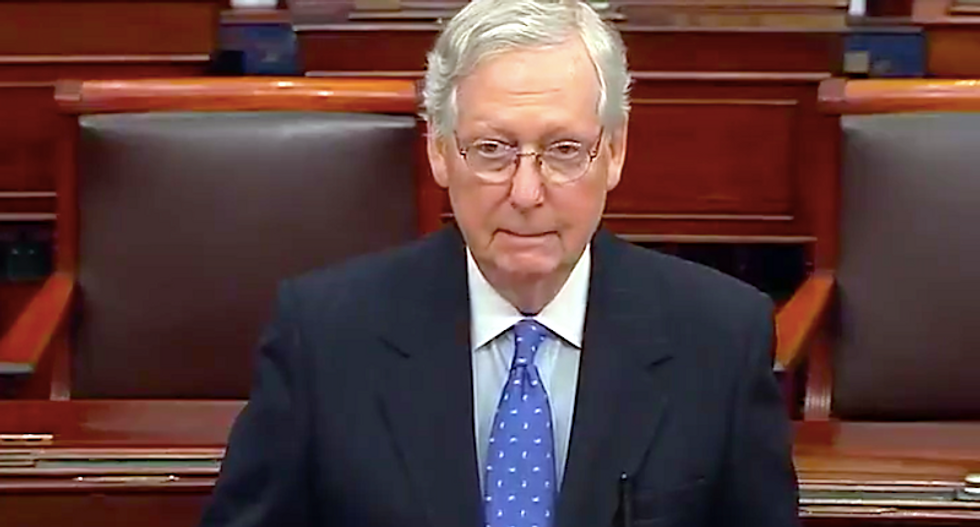 It's official. The Senate impeachment trial of President Donald Trump will begin one week from today – three years and one day from the date Trump was sworn in: Tuesday, January 21, 2020. Senate Majority Leader Mitch McConnell just made the announcement, adding Senators will be sworn in by the Chief Justice of the Supreme Court this week.

That's assuming that Wednesday's vote in the House on sending the Articles of Impeachment passes, which it is expected to.

.@Senatemajldr on impeachment timeline: "preliminary steps here this week which could well include the Chief Justic… https://t.co/dGR2HdKVud
— CSPAN (@CSPAN) 1579029831.0

The oath Senators must take, as Bloomberg News reported, reads:

“I, [name], solemnly swear, (or affirm, as the case may be,) that in all things appertaining to the trial of the impeachment of [name], now pending, I will do impartial justice, according to the Constitution and laws: So help me God.”

That will be a challenge for the Senate Majority Leader. McConnell last month bragged he will be working in "total coordination with the White House counsel's office and the people representing the president in the well of the Senate," thus betraying the oath he will take, according to at least one legal expert.