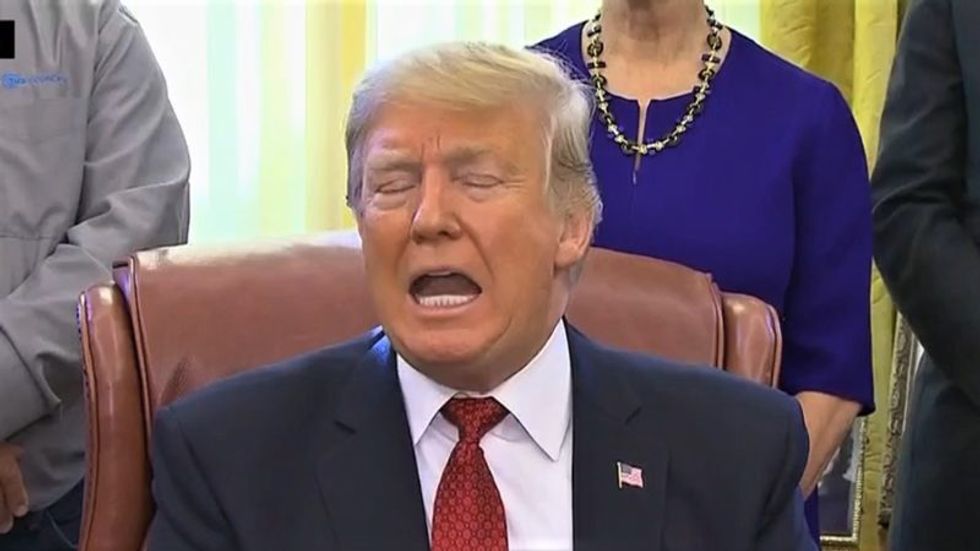 Conservative Matt Lewis has written a new column for The Daily Beast in which he documents how Republican senators are "melting down" amid damning new evidence showing that President Donald Trump tried to extort Ukraine to investigate his political opponents.

In particular, he points to Sen. Martha McSally's (R-AZ) on-air tirade against CNN reporter Manu Raju on Thursday as evidence that GOP senators are coming unglued as they face pressure to acquit the president even as more proof emerges that shows he deserves to be convicted.

Making things worse, writes Lewis, is Trump's insistence that Republicans should say that his phone call with Ukrainian President Volodymyr Zelensky was "perfect."

"With a different leader, these vulnerable senators might be afforded the opportunity to subtly distance themselves from this president," Lewis writes. "But Donald Trump demands complete loyalty and attempts to walk the line between appeasing the Trump-loyal GOP base and wooing suburban swing voters are being made impossible."

Lewis also argues that Sen. Susan Collins (R-ME), while not going as far as McSally did, has nonetheless gone out of her way to avoid antagonizing the president despite her reputation as a moderate.

"Martha McSally and Susan Collins are proof positive that even the 'thoughtful' Republicans are so desperate to defend this president that they are taking a page out of his playbook of projection and prevarication," he concludes. "Trump corrupts!"