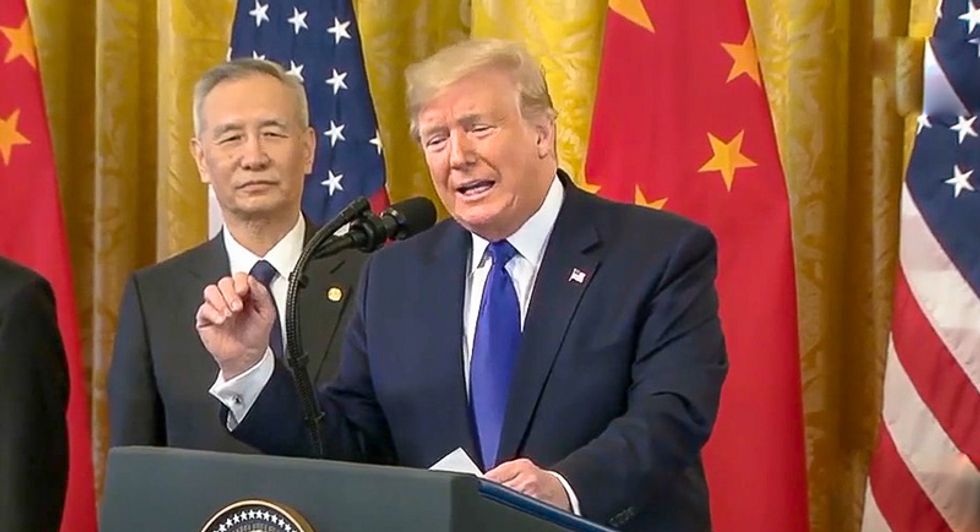 Trump made the remarks at a White House gathering for the signing of phase one of a China trade deal that was scheduled to occur while the House of Representatives voted to send articles of impeachment to the Senate.

"Tremendous numbers of people here and I think, should I introduce them?" Trump said from the podium in the East Room. "I think I should because, what the hell, this is a celebration."

The president noted that "congressman may have a vote and it's on the impeachment hoax so, if you want, you go out and vote."

"It's not going to matter because it's going very well," Trump added. "But I'd rather have you voting than sitting here listening to me introduce you. Okay? They have a hoax going on over there. Let's take care of it."

"What a job you've done," he remarked. "I just want to thank you all. Really tough. I love that."

At that point, the president move on by thanking Fox Business personality Lou Dobbs for saying that he was a better commander-in-chief than Abraham Lincoln or George Washington.