Trump uses Middle East peace plan event to praise Pompeo for berating NPR reporter: 'Did a good job on her' 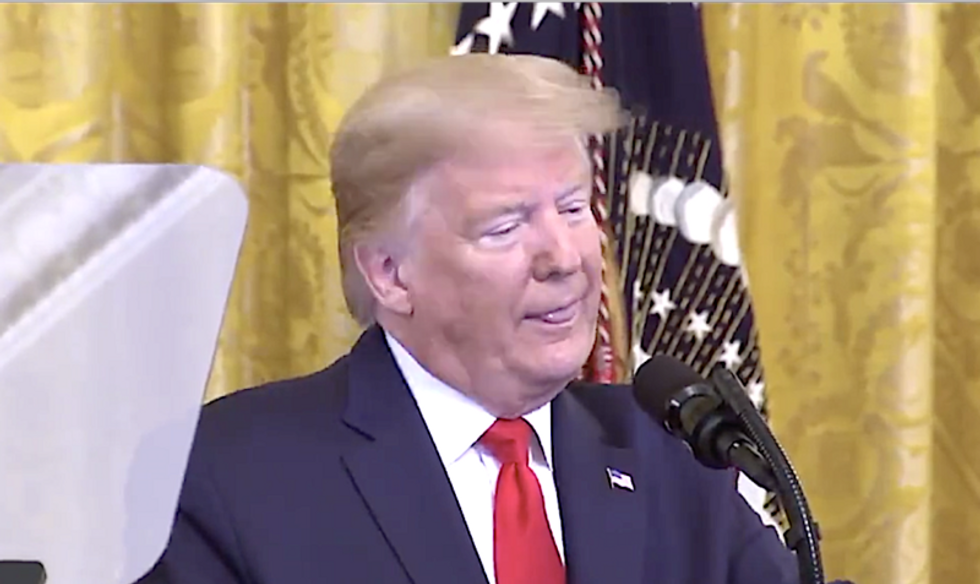 During an event at the White House celebrating the unveiling of President Trump's new Middle East peace plan, Trump took a moment to praise Secretary of State Mike Pompeo for his recent dust up with an NPR reporter.

"Whoa," Trump said, marveling at the applause. "That's impressive -- that was very impressive. That reporter couldn't have done too good a job on you yesterday, huh?"

"I think you did a good job on her, actually," Trump continued.

Trump's remarks come after Pompeo's testy exchange with NPR host Mary Louise Kelly this Friday, where he angrily responded to her questions about his alleged involvement in the Ukraine scandal.

“He was not happy to have been questioned about Ukraine,” Kelly recounted on NPR. “He asked, ‘Do you think Americans care about Ukraine?’ He used the F-word in that sentence and many others.”

Watch Trump's remarks in the video below:

President Trump to Secretary Pompeo regarding @NPRKelly: "That reporter couldn't have done too good job on you yest… https://t.co/HsYSt16hSG
— CSPAN (@CSPAN) 1580232800.0