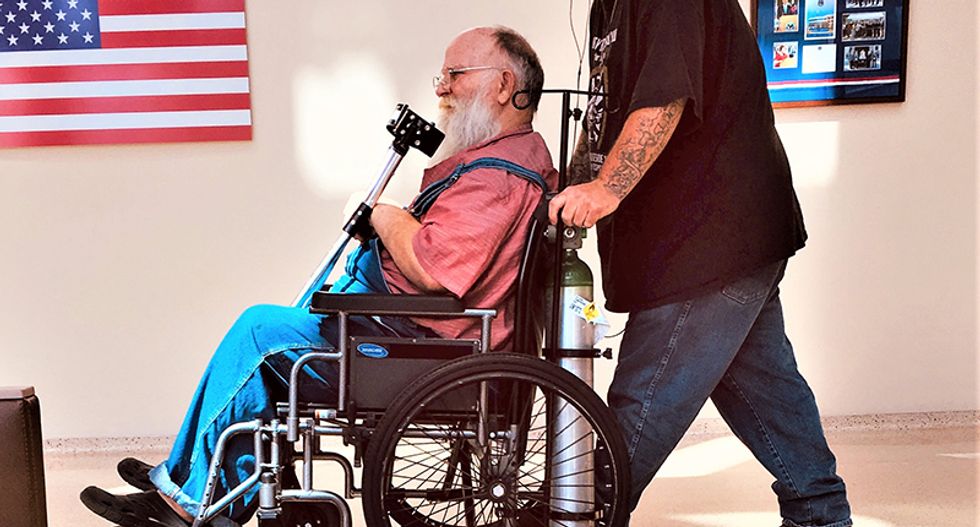 For former soldiers, handicapped people and those facing terminal diseases, disability benefits can be crucial in helping them live their lives with dignity. President Donald Trump is trying to take that away for some people, the Huffington Post reported Tuesday.

"Under the proposed change, the government would look more closely at whether certain disability insurance recipients still qualify as 'disabled' after they’ve already been awarded those benefits," said HuffPo. "While recipients already have to demonstrate their continuing disability every few years, the proposal would ramp up the examinations, potentially running still-eligible beneficiaries out of the program."

The additional reviews will force disabled Americans to navigate additional red tape at a time some are struggling in their daily lives. But the White House said such reviews will help “maintain appropriate stewardship of the disability program."

It's another move that the Trump team has made without Congress to gut social programs that make it easier for people to survive without labor income. It also doesn't save the government much money in the ballooning deficits Republicans have racked up with increased defense spending and hefty tax cuts to corporations and the wealthy.

"Democrats and disability advocates said the proposed new regulation would only hurt disabled people, that it hasn’t been vetted and that the rule-making process should be delayed. More than 8 million Americans receive disability benefits based on past employment and a loss of wage income due to the onset of a severe disability," said HuffPo.

“We are concerned that under the proposed rule, some individuals subject to review will be simply unable to navigate the process and, as a result, lose their benefits even though there is no medical improvement,” Senate Democrats said in a letter they released in December.

Trump's team tried to claim that kicking people off of disability will actually help them.

“We believe that there may be positive employment effects as a result of these proposed rules, although we cannot currently quantify them,” the Social Security Administration said in a notice.

The new Trump rules could affect hundreds of thousands of Americans and the proposal will save just $2 billion over 10 years.