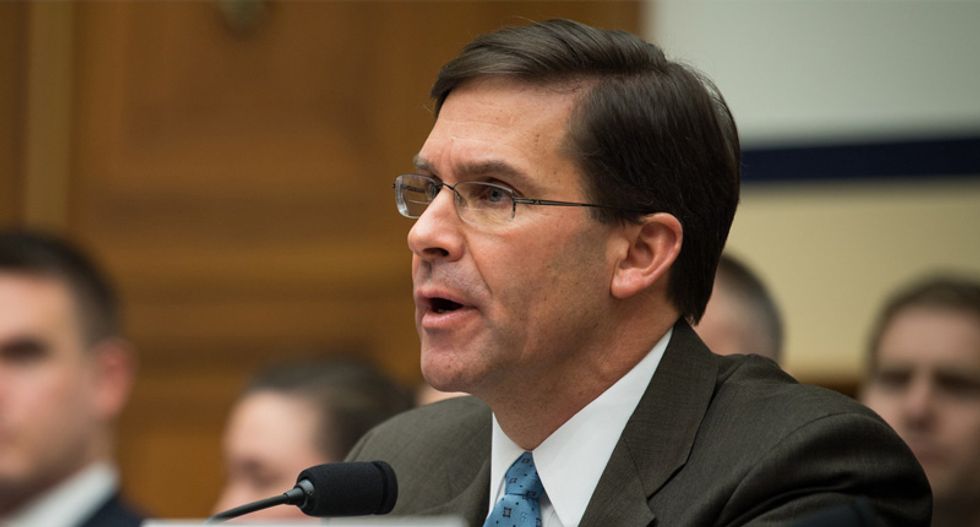 Trump had raised the prospect of violating these laws over the weekend, saying on Twitter: 'Let this serve as a WARNING that if Iran strikes any Americans, or American assets, we have targeted 52 Iranian sites (representing the 52 American hostages taken by Iran many years ago), some at a very high level & important to Iran & the Iranian culture, and those targets, and Iran itself, WILL BE HIT VERY FAST AND VERY HARD."

As many people pointed out, this is a clear violation of the Geneva Convention, which prohibits "any acts of hostility directed against the historic monuments, works of art or places of worship which constitute the cultural or spiritual heritage of peoples.” Others pointed out that Trump's threat could violate other laws of war, such as the requirement that attacks be proportionate.

CNN pressed Esper on whether his comments meant that the military wouldn't target cultural sites under his watch, he said: "That's the laws of armed conflict."

When Secretary of State Mike Pompeo was asked about Trump's war crimes threat on Sunday, he took the more dishonest strategy of flatly denying the plain truth, saying: "President Trump didn't say he'd go after a cultural site — read what he said." Of course, that's exactly what Trump said.