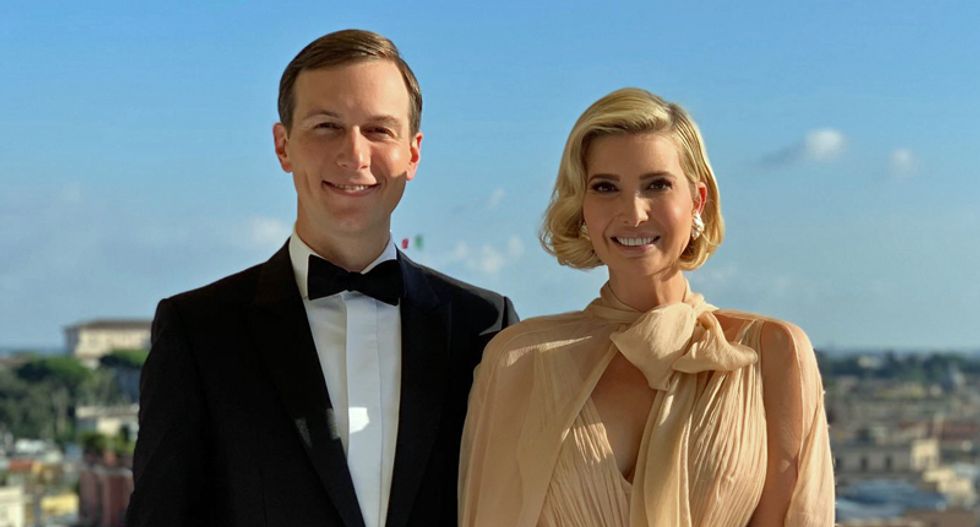 According to the new book A Very Stable Genius, members of President Trump's legal team saw Ivanka Trump and her husband, Jared Kushner, as "problems" during the early days of the Mueller investigation because they talked "openly" about it and made it "impossible for the White House to function in a normal way," Newsweek reports.

Some of Trump's legal team were scared to speak out, however, fearing that they'd become "roadkill" if the pair ever found out.

According to the book, key members of the legal team held a meeting on June 13, 2017, where they discussed whether or not Jared and Ivanka should remain in the White House as senior staffers.

"Some of the lawyers were wary of staking out a position," the book's authors, Washington Post journalists Carol Leonnig and Philip Rucker, wrote. "They wanted to maintain their standing with the president, and they figured that whatever they advised Trump to do about the kids, he would share with Kushner and Ivanka, and then they would be 'roadkill,' as one of the advisers put it."

Shortly after the meeting, some members of the team became "suspicious about a mysterious enemy slinging arrows their way," according to the book's authors.

Read more over at Newsweek.