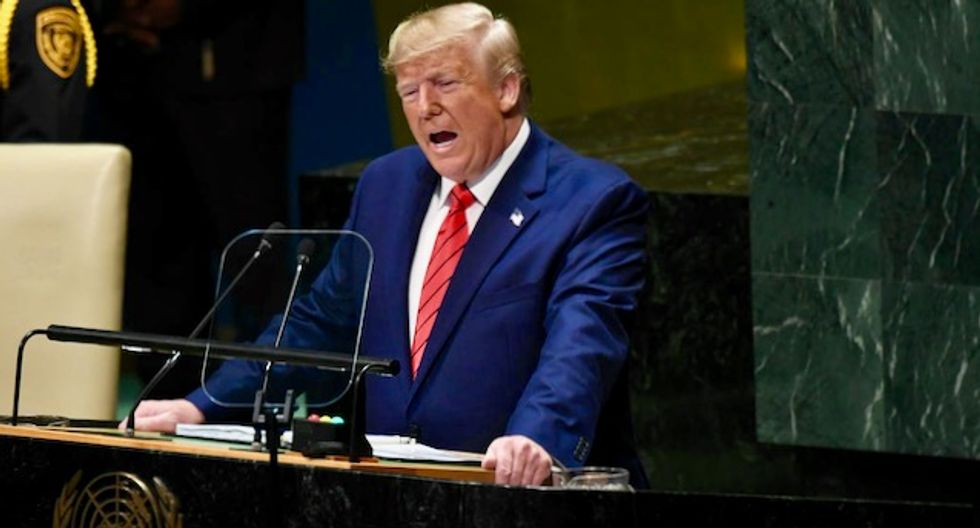 The ongoing assault on the U.S. embassy in Baghdad, that is threatening the lives of diplomats there, is a direct result of a "maximum pressure" campaign waged by Donald Trump that is now blowing up in his face, reports Politico.

The report states, "As protesters tried to breach the U.S. Embassy compound in Baghdad on Tuesday, and Iraqi and American officials feuded over the necessity of recent U.S. airstrikes, critics blamed the chaos on the Trump team’s laserlike focus on cracking the Islamist regime in Iran."

According to foreign policy experts and ex-Pentagon officials, members of the Trump administration have no idea what they are doing and their policies are "far too heavy on economic sanctions and military deterrence, far too light on serious diplomatic outreach, and not focused enough on the other countries caught in the middle."

"Even some supporters of 'maximum pressure' quibble with the administration’s execution. Lebanon and Iraq, for instance, have seen major anti-corruption protests in recent months, with many demonstrators chanting against Iranian interference in their countries," the report continues. "But the U.S. has done little beyond offer verbal support, squandering a chance to lure those countries out of Iran’s orbit," leading Ilan Berman, senior vice president of the conservative American Foreign Policy Council to admit, “There’s a huge opening that we’re not exploiting."

Oddly, Secretary of State Mike Pompeo -- whose job it is to implement the president's wishes -- has worried specifically about such a new attack.

“Pompeo has long dreaded having a Benghazi-type event on his watch,” a former senior Trump administration official admitted.

"As tensions mounted this week, Pompeo spoke with leaders in Saudi Arabia, Israel and the United Arab Emirates, all of whom view Tehran as an adversary, in a bid to show that the U.S. has plenty of support in its anti-Iran tactics. But it was not clear whether Pompeo would travel to Iraq — he’s scheduled to visit Ukraine and several of its neighbors starting later this week," the report states. "The developments this week were a remarkable turn of events for the United States in Iraq, where it maintains some 5,000 troops nearly 17 years after U.S. troops invaded the country and toppled dictator Saddam Hussein."