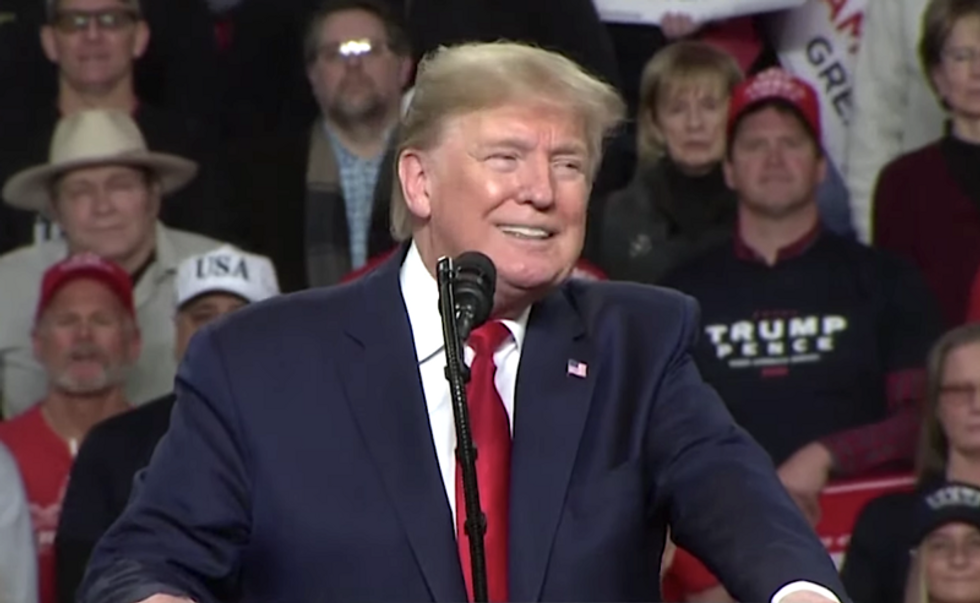 At this Ohio rally this Thursday, President Trump drew massive applause by boasting of the recent targeted killing of an Iranian general by a US airstrike while mocking the recent House vote to constrain his power to wage war. According to the Washington Post's Greg Sargent, Trump's rhetoric is a prime example of why the Democrats need to rein him in, because "no one this unhinged should be declaring war unilaterally.'

Sargent writes that Trump's attacks on the opposition aren't mere insult, but "a profound contempt for the very notion that his most consequential decisions should be subject to oversight and accountability at all."

"Mockery of the opposition is, of course, a constant in politics," Sargent writes. "But this is different. Trump regularly crosses over into a form of harsh belittling and abuse that is designed to delegitimize the opposition, that is, to tell his voters that the opposition has no legitimate institutional role in our politics at all."

At the Thursday rally, Trump mocked the notion that he should have sought congressional approval for his actions against Iran, and his adoring crowd loudly approved. "If all this isn’t enough to induce Republicans to rein in that authority, what would be?"