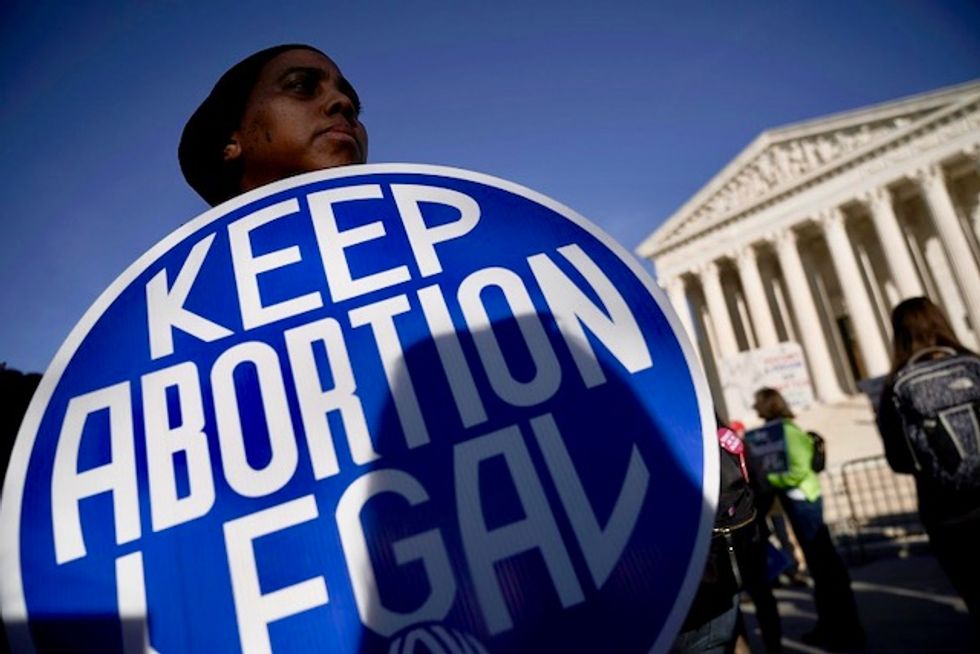 Reproductive rights advocates on Thursday seized on an amicus brief signed by more than 200 members of Congress, including two conservative Democrats, asking the U.S. Supreme Court to consider overturning Roe vs. Wade as the latest example of the assault on women's freedom.

The brief was signed by 168 members of the House and 39 senators. Two House Democrats joined their Republican colleagues, led by House Minority Whip Steve Scalise (R-La.) in the effort—Reps. Collin Peterson (D-Minn.) and Dan Lipinski (D-Ill.).

Lipinski drew the ire of progressive Democrat Marie Newman, who is challenging him in the 2020 primary.

"His position in Congress jeopardizes the health of women in IL-03 and across the country," Newman tweeted. "My opponent does not trust women and is not fit to represent us."

The brief was filed ahead of the court's hearing on June Medical Services v. Gee, concerning a Louisiana law requiring abortion providers to have admitting privileges at a nearby hospital—one of numerous "TRAP" (Targeted Restrictions on Abortion Providers) laws passed in states in recent years.

Discrepancies over what constitutes an "undue burden" on patients seeking abortion care illustrate "the unworkability of the 'right to abortion' found in Roe v. Wade ... and the need for the Court to again take up the issue of whether Roe and [Planned Parenthood v. Casey] should be reconsidered and, if appropriate, overruled," the brief reads.

Alexis McGill Johnson, acting president of Planned Parenthood, said the Louisiana law and the amicus brief are both attempts to frame abortion care as unsafe.

"Asking the Supreme Court to reconsider overturning Roe is an assault on our basic rights, plain and simple," tweeted Johnson. "Abortion is safe and legal, and we're doing everything we can to keep it that way."

Pro-choice advocates condemned the brief, which some saw as the latest sign that President Donald Trump's remaking of the judicial branch poses a serious threat to Americans' right to abortion care.

I won't hold my breath waiting for an apology from those who said that abortion rights supporters were being "hyste… https://t.co/WFnrmATPGA
— Lauren Rankin (@Lauren Rankin)1577991947.0

A number of Democrats challenging some of the brief's signatories in 2020 pointed to the document as evidence that anti-choice candidates must be defeated in the coming elections.