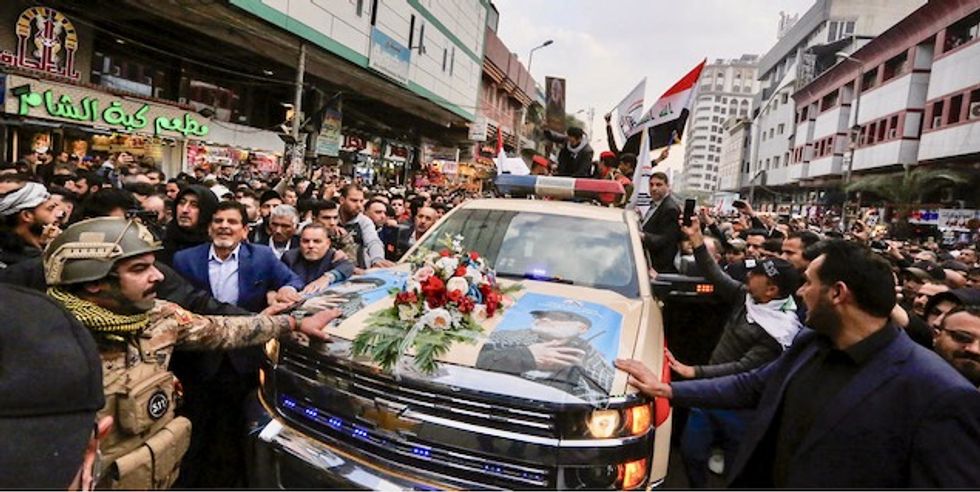 The strike targeting Abdul Reza Shahlai in Yemen was not successful, but the secret mission calls into question the Trump administration's justification for assassinating Suleimani, reported the Washington Post.

Shahlai is a key commander of Iran's clandestine Quds Force, which Suleimani led, and a senior U.S. official told the Post the two strikes were authorized around the same time as each other.

The U.S. has not officially revealed the Shahlai mission because it didn't go as planned, the official said.

“If we had killed him," said another senior U.S. official, "we’d be bragging about it that same night."

Defense and State Department officials justified Soleimani's killing by claiming the strike possibly saved "hundreds" of American lives that were under imminent threat, but have not even told lawmakers specific details about that threat.