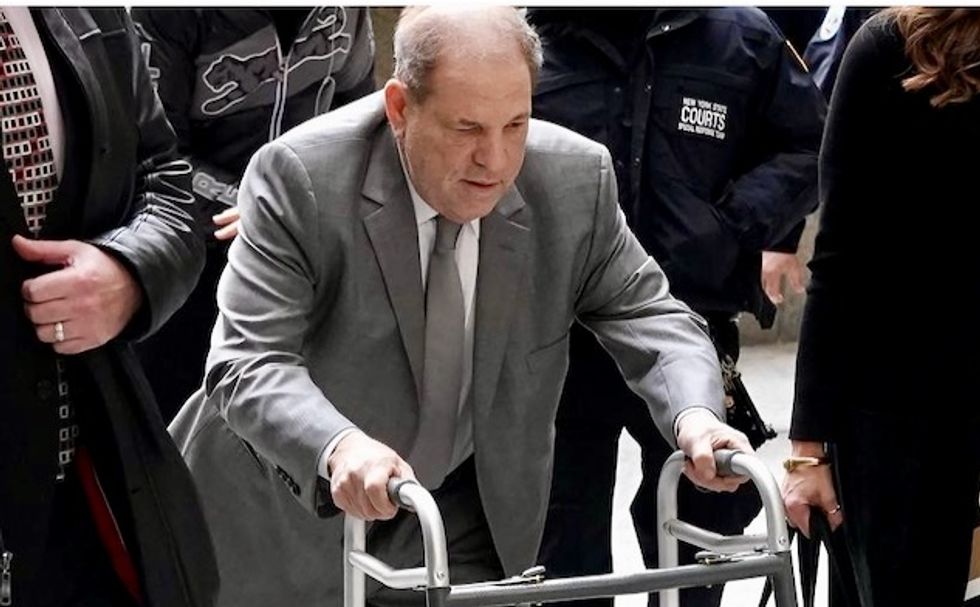 Lawyers for Harvey Weinstein argued Tuesday that separate sex crime charges in Los Angeles made it "impossible" to pick a fair and impartial jury for his high-profile New York trial.

The 67-year-old fallen movie producer was slapped with new charges in California on Monday just as his much-anticipated trial in a separate sexual abuse case kicked off in New York.

On day two of proceedings, the judge, Justice James Burke rejected a request by Weinstein's defense that jury selection due to start Tuesday be postponed.

Lawyer Arthur Aidala said the timing of the LA indictment was "unprecedented" and "incredibly prejudicial" to Weinstein, who is on trial over predatory sexual assault charges that carry life in prison.

"For a prosecutor, this is Christmas morning," Aidala told the Manhattan state court.

Burke replied that all defendants are presumed innocent until proven otherwise and that this would be explained to the jurors.

Some 120 potential jurors were expected in court later Tuesday for the first round of pre-selection.

The judge said he hoped opening arguments by the prosecution and defense would begin on January 22.

More than 80 women have accused Weinstein of sexual misconduct although the trial is related to just two women.

He is also accused of raping another woman, whose identity is unknown.

The proceedings are seen as key to the #MeToo movement and are expected to last up to eight weeks.

On Tuesday, Burke scolded Weinstein for having his mobile phone in his hand in the courtroom.

"It's been an issue every single court day. Is this really the way you want to land in jail for the rest of your life, by texting in violation of a court order?" asked Burke.

Weinstein, appearing pale and dressed in a light grey suit, sat shaking his head and said "no, no," denying that he had used his phone.

In the separate case, LA prosecutors accuse Weinstein of raping a woman in a hotel on February 18, 2013 and then sexually assaulting another the next day.