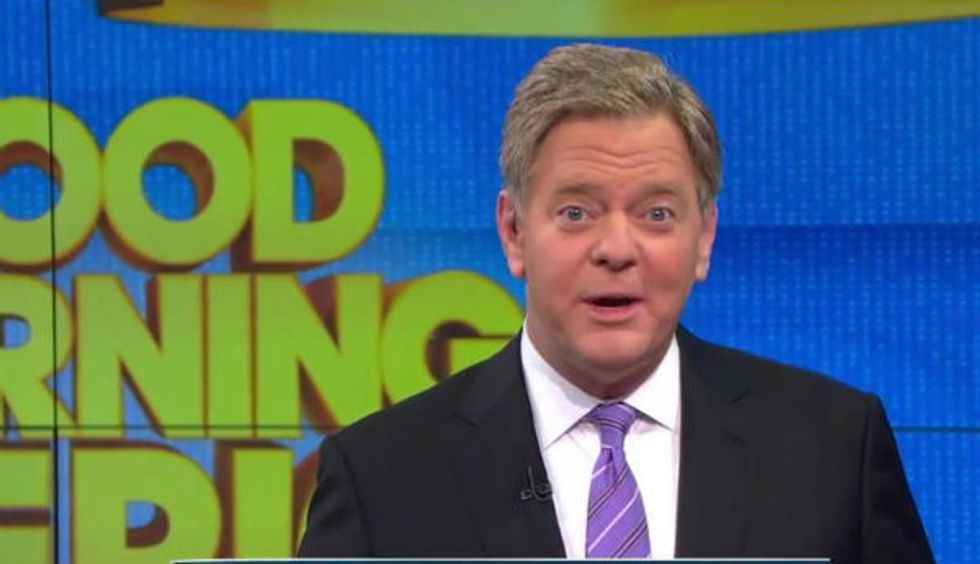 On Wednesday, the Washington Post reported that ABC News correspondent David Wright has been suspended ahead of footage that will be released by the right-wing group Project Veritas.

"The network disciplined David Wright, who reports for ABC’s signature news programs, including 'World News Tonight,' 'Good Morning America' and 'Nightline.' Several people confirmed Wright’s suspension, but it wasn’t clear what specifically prompted ABC to take action against the reporter," reported Paul Farhi. "Network officials reviewed the footage of Wright that Project Veritas recorded, according to people familiar with the episode. They spoke on the condition of anonymity because they weren’t authorized to discuss the issue."

James O'Keefe, the head of Project Veritas, has teased the upcoming release of the footage using the hashtag #ExposeABC.

Project Veritas specializes in setting up sting operations against members of the media and Democratic campaign operatives, disguising their identity and striking up casual conversations while secretly recording them, then editing and splicing up the footage to make it look as though the targets are engaging in corruption or liberal bias.

Several of their stunts have backfired, including an incident where O'Keefe tried to seduce a CNN reporter on a boat filled with sex toys, and another in which a Project Veritas operative lied to the Washington Post that she had been raped by former Alabama Chief Justice and Senate candidate Roy Moore. He also once set up a shell corporation in Belize and funneled money through it to a pro-Hillary Clinton political group to try to prove they illegally accept foreign money, only to be thwarted because the transfer wasn't illegal.