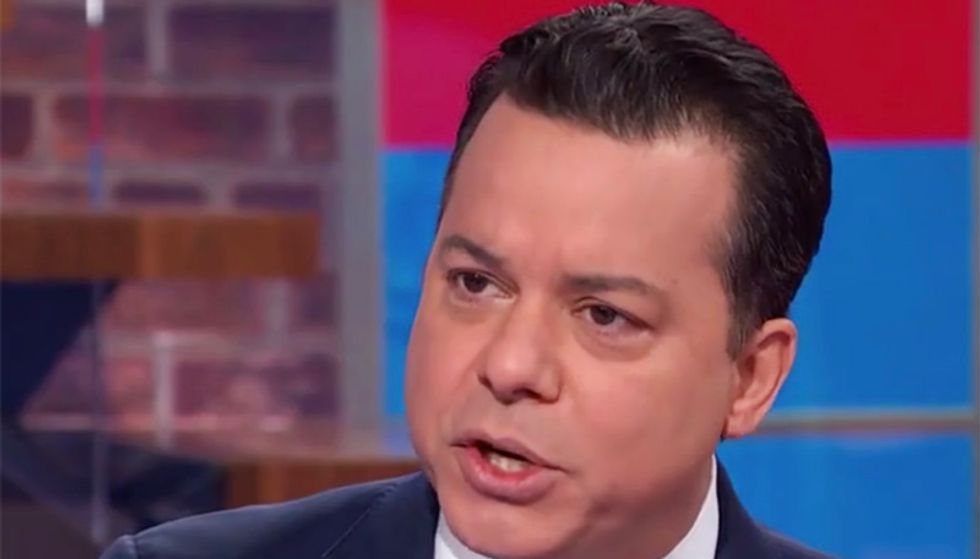 On Wednesday, hours ahead of the Senate vote on President Donald Trump's impeachment, CNN fact-checker John Avlon laid into the GOP's arguments for letting him off — and warned that they could not bury the evidence in the eyes of history.

"Remember this: acquittal is not exoneration," said Avlon. "And that's especially true in the impeachment trial of President Trump. his acquittal today is a foregone conclusion, but impeachment will be in the first paragraph of his obituary, putting him in a presidential hall of shame. Unlike the impeachments of Andrew Johnson and Bill Clinton, it was about something the founding fathers fear: foreign interference in our elections."

"While the president and his legal team argued he did nothing wrong, at least a half dozen Republicans now admit the evidence does not exonerate him," continued Avlon. "They've settled on saying his conduct was improper but not impeachable. Don't be fooled — it's definitively both. George Washington warned foreign influence is 'one of the most baneful foes of republican government.' James Madison argued for impeachment at the constitutional convention, saying a president might betray his trust to foreign powers."

"What about Trump's argument that abuse of power isn't a legitimate cause?" said Avlon. "Alexander Hamilton put the kibosh on that, saying 'It was for the misconduct of public men, from the abuse of some public trust.' Republicans also argued that obstruction of Congress was an absurd charge, citing George Washington's executive fight with Congress over the Jay Treaty. But George Washington specifically wrote that Congress had no reason to see his papers, except that of an impeachment."

"William Davey argued at the constitutional convention, 'if he be not impeachable whilst in office, he'll spare no efforts or means whatsoever to get re-elected,' added Avlon. "That's what's at stake today. President Trump hasn't admitted wrongdoing. And Republicans' lack of interest even in witnesses could open the door to a massive expansion of presidential power, including foreign interference in our elections at the same time we know they're trying to interfere in our elections."

"Republicans say the founders never intended for there will be a partisan impeachment," concluded Avlon. "But they didn't realize how hyperpartisan polarization could short-circuit our system and cause the Senate to forget first principles."