Adam Schiff drops the mic in final impeachment arguments: 'Nothing more corrosive to democracy than the idea that there is no truth' 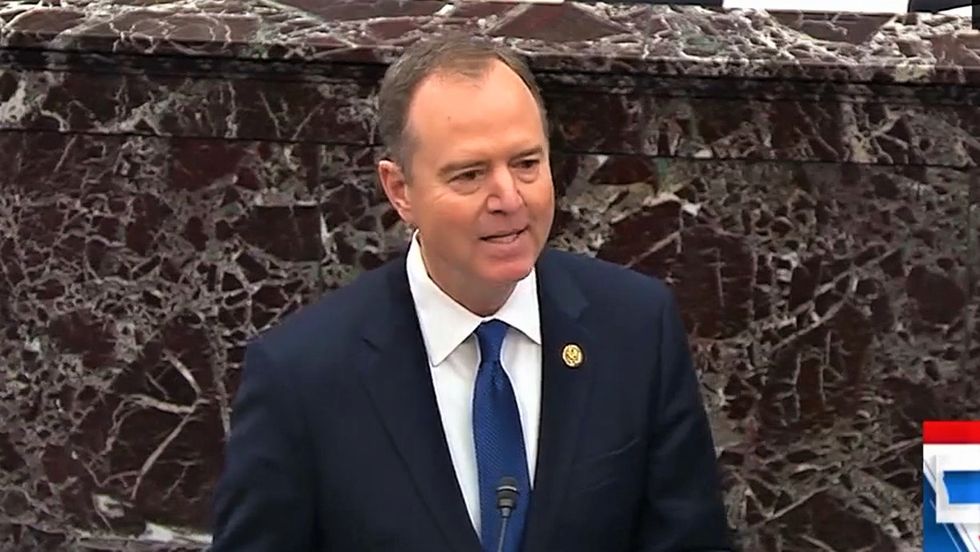 Rep. Adam Schiff (D-CA) on Monday delivered a sharp argument to sum up why President Donald Trump deserves to be convicted and removed from office.

During the final arguments at the impeachment trial, Schiff argued that Trump's abuse of his office and his serial dishonesty about his actions were not a one-off incident but part of a pattern that has spanned his entire administration, right from the way when he ordered former White House Press Secretary Sean Spicer to lie about his inauguration crowd size.

"America believes in a thing called truth," Schiff said. "She does not believe we are entitled to our own alternate facts. She recoils at those who spread falsehoods. To her, truth matters. There is nothing more corrosive to a democracy than the idea that there is no truth."

He then argued that Trump has not just shown himself to be a pathological liar, but also a man who fundamentally lacks any sense of decency.

"When the president smears a patriotic public servant like Marie Yovanovitch in pursuit of a corrupt aim, we recoil," he said. "When the president mocks the disabled, a war hero who is a prisoner of war, or a gold-star father, we were appalled because decency matters here. And when the president tries to coerce an ally to help him cheat in our elections and then covers it up, we must say enough!"