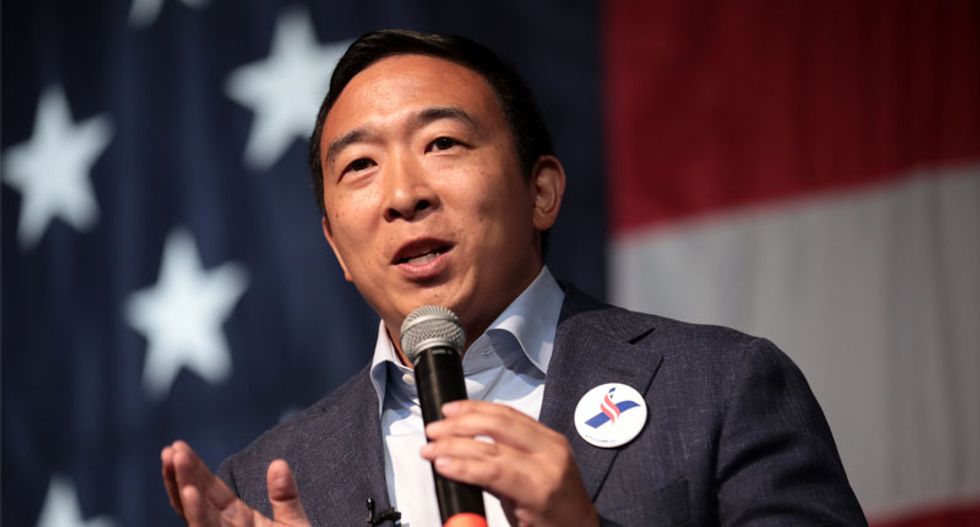 Entrepreneur Andrew Yang suspended his presidential campaign on Tuesday as polls closed in New Hampshire's first in the nation primary.

Yang, bolstered by the energetic supporters in his "Yang Gang," ran a surprisingly strong race for somebody who has never held elective office.

His bid raised the profile of the idea of a "universal basic income" to help voters survive major shifts in employment driven by automation.

Zach Graumann, Yang’s campaign manager, also told me: "It was an honor and disappointment for him (Yang) to be the… https://t.co/rbJ1eax7nu
— Yamiche Alcindor (@Yamiche Alcindor) 1581469202.0

Trump repeatedly told people in private that reversing Roe would be 'bad for Republicans': report

Despite the fact that he helped facilitate today's ruling by the U.S. Supreme Court that overturned Roe v. Wade, former President Donald Trump has said privately reversing the landmark ruling wouldn't be a good thing for the Republican Party, The New York Times reports.

After a draft of the coming decision was leaked in May, Trump reportedly told people repeatedly that he believes it will be “bad for Republicans.”

US lawmakers broke a decades-long stalemate on firearms control Friday, passing the first major safety regulations in almost 30 years, less than 24 hours after the Supreme Court bolstered the right to bear arms.

Gun regulation is a touchstone issue for both conservatives and liberals in the United States that has consumed national politics amid multiple mass shootings in recent years.