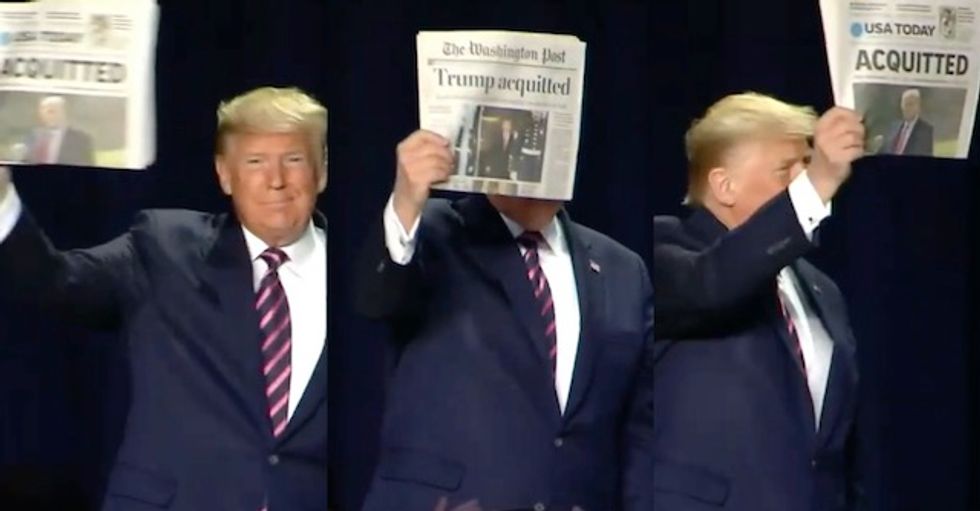 The contrasts could not have been any more stark. A smiling President Donald Trump shows up 40 minutes late to the National Prayer Breakfast, gleefully grabbing several newspapers to brag about his acquittal, waving them in the air to celebrate himself. Contrast that with a respectfully solemn Speaker of the House Nancy Pelosi delivering a prayer for the poor and the persecuted.