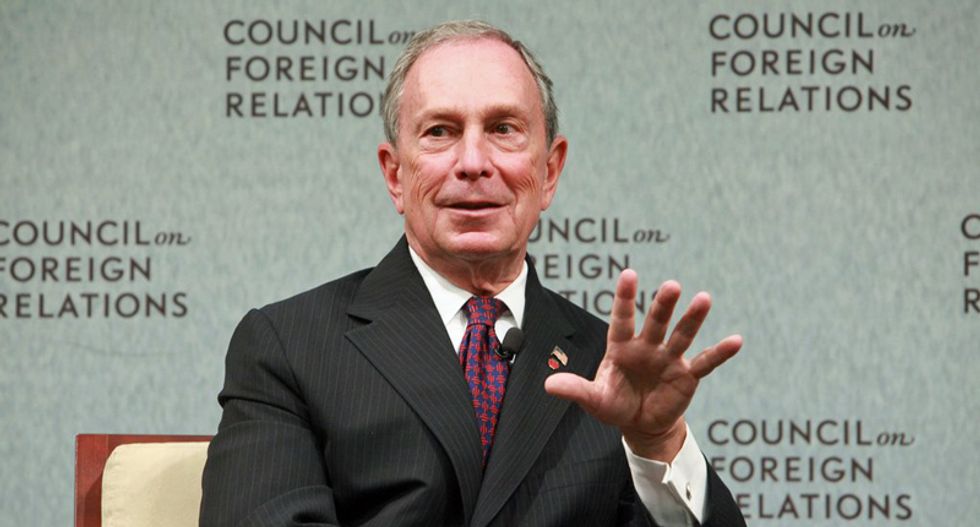 Mike Bloomberg speaking at the Council on Foreign Relations in 2011, photo by Spence Tucker (Facebook)

Mike Bloomberg might be a better option than Donald Trump or Bernie Sanders, but one longtime operative won't be taking any of the billionaire's money.

Tim Miller, who's been communications director for Jeb Bush and spokesman for the Republican National Committee, said he'd hold his nose and vote for Bloomberg against Trump in November, but he hopes the former New York City mayor doesn't make it that far.

"Simply being 'better than Donald Trump and Bernie Sanders' still leaves an awful lot of room for improvement," Miller writes in his column for the conservative Bulwark website.

Miller agreed that he and Bloomberg should fall into the same moderate GOP spectrum, but he finds the candidate's "big-government technocratic centrism" removes the human element from governance in some troubling ways.

"Bloomberg’s brand of squishy centrism seems to ... [emphasize] the government efficiency part at the expense of individual dignity," Miller writes.

"[Conservative writer] Tim Carney describes this disconnect as anti-human," he adds. "That might be too much, but not by much. From Bloomberg’s praise of the Chinese regime’s efficiency, to stop-and-frisk, to the top-down bans on sodas and trans fats, this is a worldview that takes technocracy to such an extreme that the lived experiences of actual people gets reduced to 0s and 1s."

Miller, being a conservative, greatly fears a Sanders nomination and presidency, and he's hoping Bloomberg can block him from the nomination against a Democratic field he sees as weak.

"If, in the end, Bloomberg can eclipse Bernie on Super Tuesday, this gambit will be one of the all-time genius political moves and he will be in pole position to take on the president in a match-up that any anti-Trumper will gladly get behind," Miller writes.

"But if it fails, it will literally achieve the exact result the gambit was designed to stop: A Bernie nomination and a Trump-Bernie general election death-match, in which everyone loses," he adds. "That’s some high-stakes gambiting, even for a billionaire."