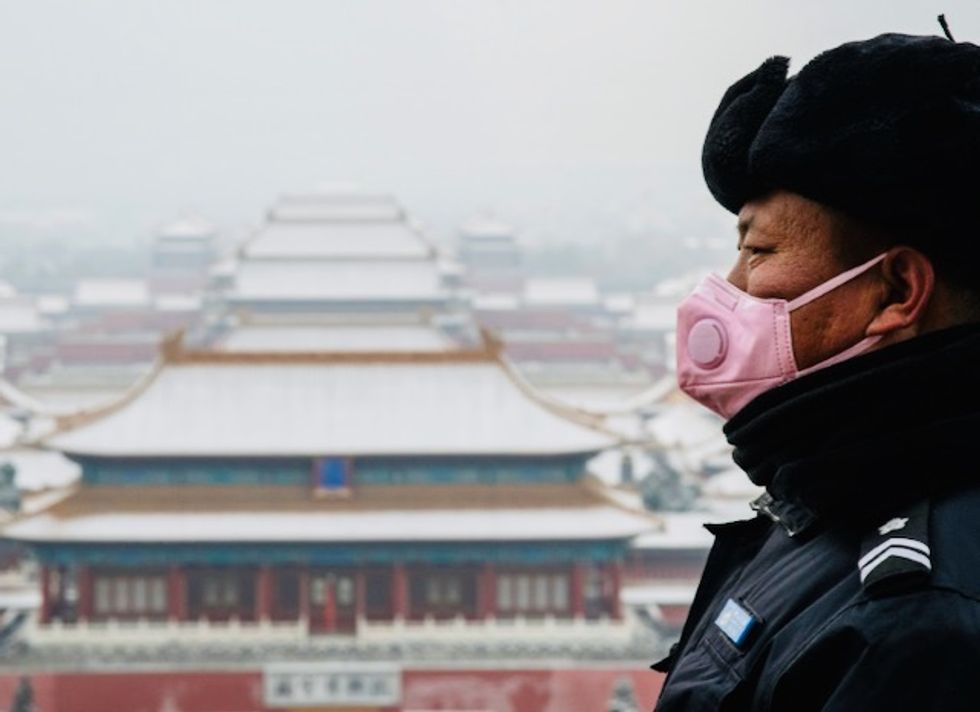 China's top leadership on Monday admitted "shortcomings and difficulties" in its response to the coronavirus outbreak, as state media said a new hospital built at breakneck pace began receiving patients in the epicentre of the crisis.

Fifty-seven new deaths were confirmed on Monday -- the single-biggest daily increase since the virus was detected late last year in the central city of Wuhan.

The death toll in China stood at 361, exceeding the 349 mainland fatalities from the Severe Acute Respiratory Syndrome (SARS) outbreak of 2002-03, which eventually killed nearly 800.

The government in Beijing nevertheless hit out at the United States for sparking "panic" with its response to the coronavirus, including a ban on foreigners who have recently been to China.

The virus has so far spread to more than 20 countries, and several other nations have instituted similarly tough travel rules.

The World Health Organization has declared the crisis a global health emergency, and the first death outside China was confirmed in the Philippines on Sunday.

China's elite Politburo Standing Committee called for improvements to the "national emergency management system" following "shortcoming and difficulties exposed in the response to the epidemic," according to the official Xinhua news agency.

"It is necessary to strengthen market supervision, resolutely ban and severely crack down on illegal wildlife markets and trade," it added.

The government also said it "urgently" needed medical equipment and surgical masks, protective suits, and safety goggles as it battles to control the outbreak.

AFP / SAM PANTHAKY A worker packs protective facemasks at a production facility in the outskirts of Ahmedabad, India -- China has said it urgently needs medical equipment and surgical masks

Authorities in provinces that are home to more than 300 million people -- including Guangdong, the country's most populous in south China -- have ordered everyone to wear masks in public.

But factories capable of producing around 20 million masks a day are only operating at 60-70 percent of capacity, industry department spokesman Tian Yulong said, adding that supply and demand remained in "tight equilibrium" as a result of the Lunar New Year break.

Tian said authorities were taking steps to bring in masks from Europe, Japan and the United States, while the foreign ministry said countries including South Korea, Japan, Kazakhstan and Hungary had donated medical supplies.

AFP / Thomas SAINT-CRICQ Chart showing cumulative number of people infected by the 2019 Novel Coronavirus in China and other countries, territories or areas, based on data from national authorities

All but one of the 57 new deaths reported Monday were in Wuhan and the rest of surrounding Hubei province, most of which has been under lockdown for almost two weeks.

With 17,200 confirmed infections, the mortality rate for the new coronavirus is around 2.1 percent, compared with 9.6 percent for SARS.

In Wuhan, where the virus is believed to have jumped from animals at a market into humans, authorities has been racing to build two new hospitals to treat the infected.

The first of those -- a 1,000-bed facility -- "began to receive" patients Monday, the People's Daily reported, just 10 days after construction began, but no details were offered about how many.

The second hospital is due to open later this week.

In Wuhan, which has been transformed from a bustling industrial hub into a near-ghost town, residents have been living in deep fear of catching the virus.

The city's medical facilities have been overwhelmed, with Xinhua reporting that 68 medical teams of 8,300 staff had been sent to Hubei.

AFP / NICOLAS ASFOURI The emergence of the virus coincided with the Lunar New Year, when hundreds of millions travel across the country for family reunions

The emergence of the virus coincided with the Lunar New Year, when hundreds of millions travel across the country for family reunions.

Originally scheduled to end last Friday, the holiday was extended by three days to give authorities more time to deal with the crisis.

But some major cities -- including Shanghai -- extended it again, and many schools and universities have delayed the start of new terms.

Road, train and air traffic were all way down on Sunday, when hundreds of millions of people would have been expected to return to their cities of work, the transport ministry said.

Many companies offered staff the option to work from home or defer travel, or simply remained closed.

Many nations have evacuated hundreds of their citizens from China -- with some forcing them into quarantine on their return -- and more airlines are cancelling services to the mainland.

China's foreign ministry on Monday criticised the United States for being among the first to evacuate nationals without providing "substantial assistance" to China.

The US actions had caused "panic", said spokeswoman Hua Chunying.

Mongolia, Russia and Nepal have closed their land borders, while semi-autonomous Hong Kong announced Monday it was closing all but two land crossings.

Also on Monday, the Cruise Lines International Association, which represents some of the world's largest operators, said vessels will deny boarding to passengers and crew who have recently travelled to China.

Getting Mike Pence to talk would be an 'extraordinary turn' in DOJ probe of Trump: Maggie Haberman

New York Times reporter Maggie Haberman said on Thursday that it's entirely possible that former Vice President Mike Pence could cooperate with a Department of Justice investigation into former President Donald Trump's efforts to illegally remain in power after losing the 2020 election to President Joe Biden.

A summit on the international trade in endangered species will decide Thursday whether to ratify a "historic" proposal to protect sharks, a move that would drastically restrict the lucrative global shark fin trade.

The proposal would place dozens of species of the requiem shark and the hammerhead shark families on Appendix II of the Convention on International Trade in Endangered Species (CITES).

Fine particle air pollution led to 238,000 premature deaths in the European Union in 2020, the bloc's environmental watchdog said Thursday, a slight rise from the previous year. At the same time, the overall rate for EU countries in 2020 was 45 percent lower than in 2005, the agency said, noting that "if this rate of decline is maintained, the EU will reach [its] zero pollution action plan target before 2030."

Across the 27-nation bloc that year, "exposure to concentrations of fine particulate matter above the 2021 World Health Organization guideline level resulted in 238,000 premature deaths," the European Environment Agency said in a new report.