'Deep state' conspiracy theory about the coronavirus sweeps through MAGA-world 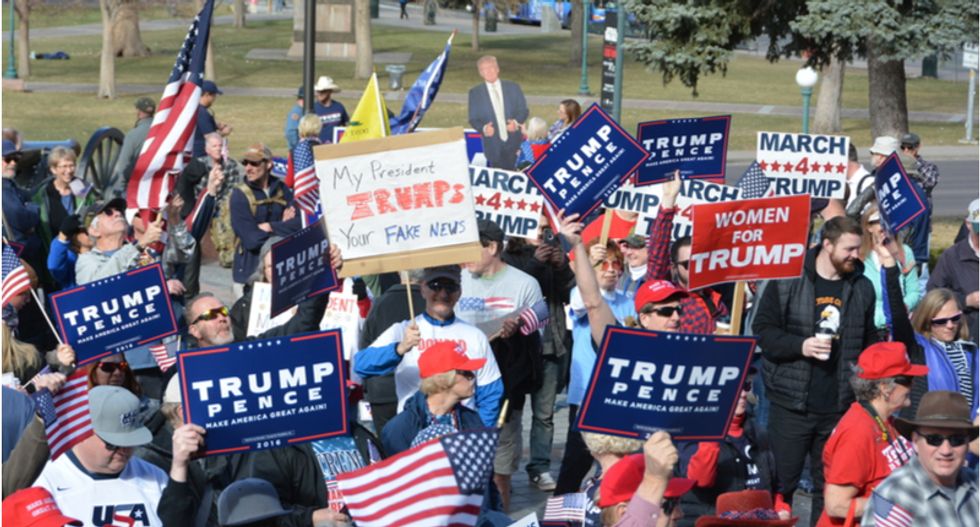 As the coronavirus spreads, there a contingent of Trump supporters who see something more sinister at play. The latest conspiracy to emerge out of "MAGA-world" is the claim that the "deep state" is utilizing the virus as a weapon to undermine President Trump.

As POLITICO's Ben Shreckinger and Alice Miranda point out, the "evidence" for the theory centers around the fact that an official from the Centers for Disease Control and Prevention who's been making public statements on the virus is the sister of Rod Rosenstein, the former deputy attorney general who oversaw the Mueller probe -- and who some say suggested removing Trump from office. Now, Dr. Nancy Messonnier's connection to Rosenstein is even being seized on by right-wing radio host Rush Limbaugh and Jim Hoft, who is the publisher of the pro-Trump site Gateway Pundit.

One anonymous, yet largely-followed pro-Trump conspiracist account retweeted the POLITICO article with the following warning:

"If we do not awaken to the size and scope of the globalist Deep State, or their daily active efforts to truncate free civilization, #FakeNews will continue labeling the [deliberate] creation, release weaponization and manipulation of viral outbreaks a 'conspiracy theory,' wrote the QAnon-promoting @StormIsUponUs.

Shreckinger and Miranda mention that there's no evidence that federal health authorities are overstating the threat of coronavirus in an effort to undermine Trump. Nevertheless, conspiracists in MAGA Land will likely continue to promote the claim in order to "deflect blame to some of the president’s favorite targets: foreign governments and powerful global organizations."