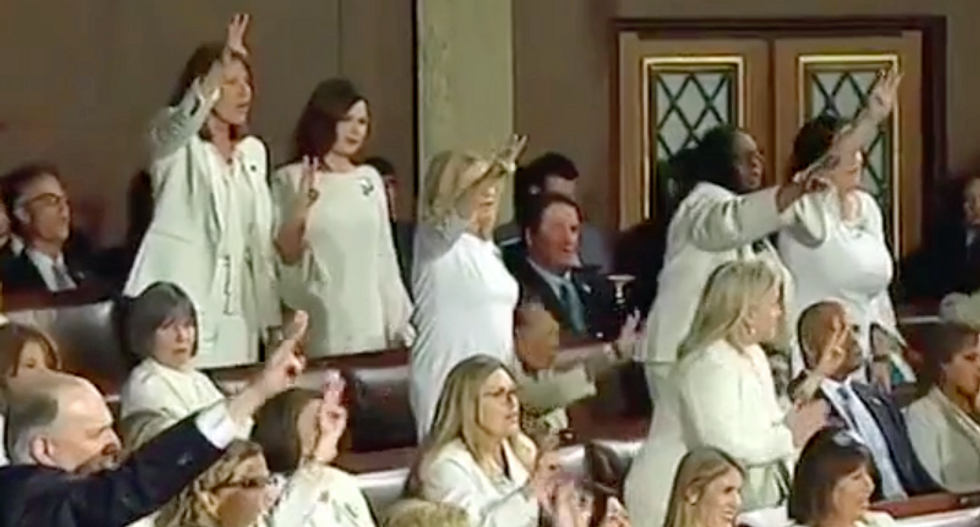 Democrats at Trump's State of the Union address (screengrab)

One of the key policy objectives President Donald Trump demanded of Congress at his third State of the Union Address was to pass prescription drug price reform.

There was just one problem: Democrats already have a bill to do exactly that, and the president and Senate Republicans have refused to take it up. Indeed, McConnell appears poised to block even the bipartisan alternative to the Democratic bill coauthored by fellow Senate Republican Chuck Grassley.

Democrats instantly seized on this hypocrisy, chanting "H.R. 3!" after Trump called for action on prescription drugs.