'What's happening now is dangerous': Never-Trump Republicans have transformed into presidential loyalists -- and at least one ex-lawmaker is horrified 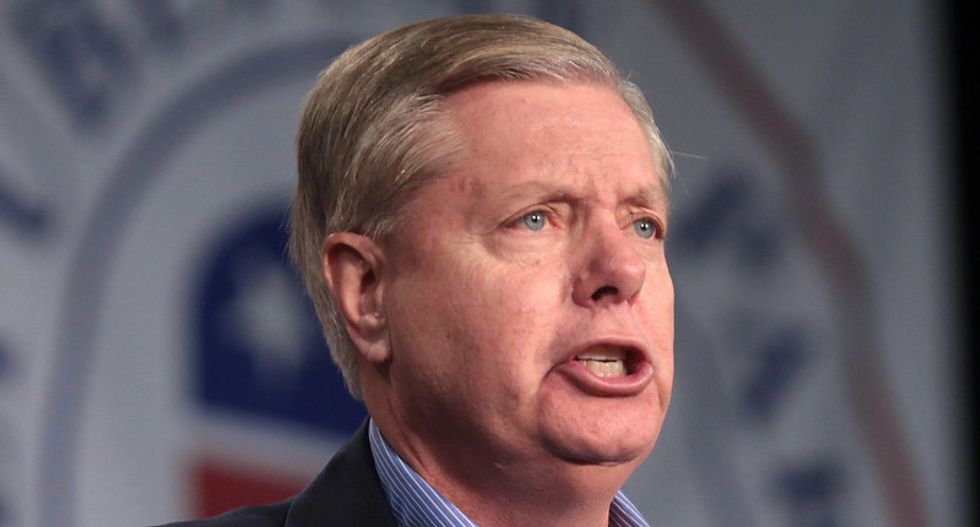 A former Democratic lawmaker described his growing horror at the transformation of "Never-Trump" Republicans into staunch allies of the president.

Steve Israel, who served New York in Congress from 2001 to 2017, said in a New York Times column that all lawmakers find themselves trading away some of their political principles to improve their chances in the next election, but he said the surrender by Republicans to President Donald Trump has been stunning.

"Like erosion, political rationalization is incremental, shaped by harsh winds and climates over a period of time," Israel wrote. "It usually begins when a small issue meets a larger electoral consequence. Constituents push you to vote 'yes' when you want to vote 'no,' so you rationalize: 'I’ll wait for someone else to put it over the top, then my ‘yes’ vote won’t mean as much.' Or: 'I’ll vote yes, but the Senate will defeat it. Or the president won’t sign it. Or if it does become law, well, there’s always the Supreme Court.'"

But what he's seen in the Trump era is much different.

"An occasional concession does no harm to democracy," Israel wrote. "But when justifying compromises becomes an operating system — when each day, politicians contort their views to fit the politically popular, as ordained by the president — our representatives become unrecognizable. They transform from Dr. Jekyll to Mr. Hyde — or 2016 Lindsey Graham to 2020 Lindsey Graham."

The sudden transformation has been pushed by Trump's bullying and his disrespect for political norms, Israel said.

"The pull to rationalize is made stronger by the fact that the president doesn’t allow for nuance in the Republican ranks," he wrote. "You’re either with or against him. Several Republicans have told me the story of Representative Mac Thornberry, a Republican from Texas, who announced in September that he was not running for re-election."

Thornberry told ABC News in November that he was alarmed by Trump's phone call with Ukraine's president, saying it was "inappropriate" but not impeachable -- and the president attacked him anyway.

The call to the Ukrainian President was PERFECT. Read the Transcript! There was NOTHING said that was in any way wr… https://t.co/IWA4i7OknP
— Donald J. Trump (@Donald J. Trump)1573415011.0

That sent a clear message to GOP lawmakers, Israel wrote.

"If your support of President Trump isn’t complete and unequivocal," Israel wrote, "he will go after you in a viral tweet."

Republicans who pledge allegiance to the president are soon corrupted by his "exaggerations and misinformation," Israel wrote, and those distortions become "tribal truth."

"Pragmatism, compromise and even ideological agility have always been part of politics," Israel wrote. "But what is happening now is dangerous. The rationalizers aren’t just turning against their own principles; many are turning against fundamental norms of democracy. The constant rationalization has made them unrecognizable."