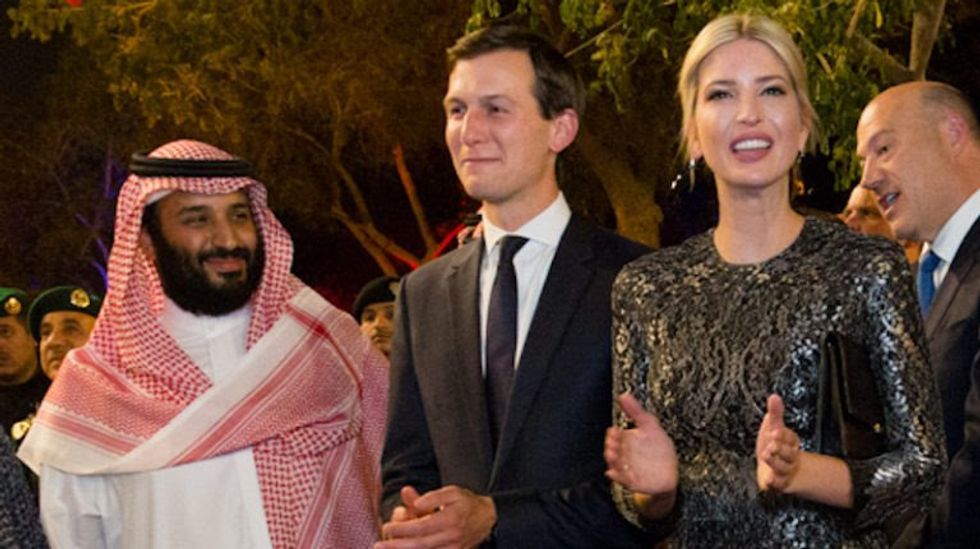 During an interview with CNN's Fareed Zakaria over the weekend, White House Senior Adviser Jared Kushner (who is married to President Donald Trump's daughter, Ivanka Trump) had a lot to say about those who have left the administration on bad terms. Conservative Washington Post opinion writer Max Boot, in a scathing column, notes how "contemptuous" Kushner was of former Secretary of State Rex Tillerson, former National Security Adviser John Bolton and former White House Chief of Staff John Kelly during the interview — stressing that Kushner's remarks underscore his arrogance.

"Presumably, Kushner thinks that he is emblematic of the 'cream' that has risen to the top," the former Republican writes. "He must be one of the 'excellent' people who have what it takes 'to be successful here' — although what that is beyond having married the boss' daughter remains a mystery. He is the living embodiment of football coach Barry Switzer's scathing quip: 'some people are born on third base and go through life thinking they hit a triple.'"

Kushner, Boot adds, "has spent his entire career working for his father," real estate developer Charles Kushner, "and his father-in-law," Donald Trump. According to Boot, Kushner "arrived at the White House with no obvious qualifications and so many conflicts of interest that he did not qualify for a security clearance until Trump overrode the concerns of career professionals."

Boot explains, "Whatever he does, Kushner brings endless, unearned self-confidence to the task — including his unlikely role as a Middle East peacemaker . . . In his invincible hubris, Kushner somehow imagined that he could parachute in knowing far less than previous diplomats and yet accomplish far more than they had."

Boot writes that the Middle Eastern "peace plan" that Kushner has offered "will be forgotten in a couple of weeks . . . So now, Kushner can move on to his next excellent adventure while dodging responsibility for his reckless actions and leaving others to deal with the wreckage he leaves behind."