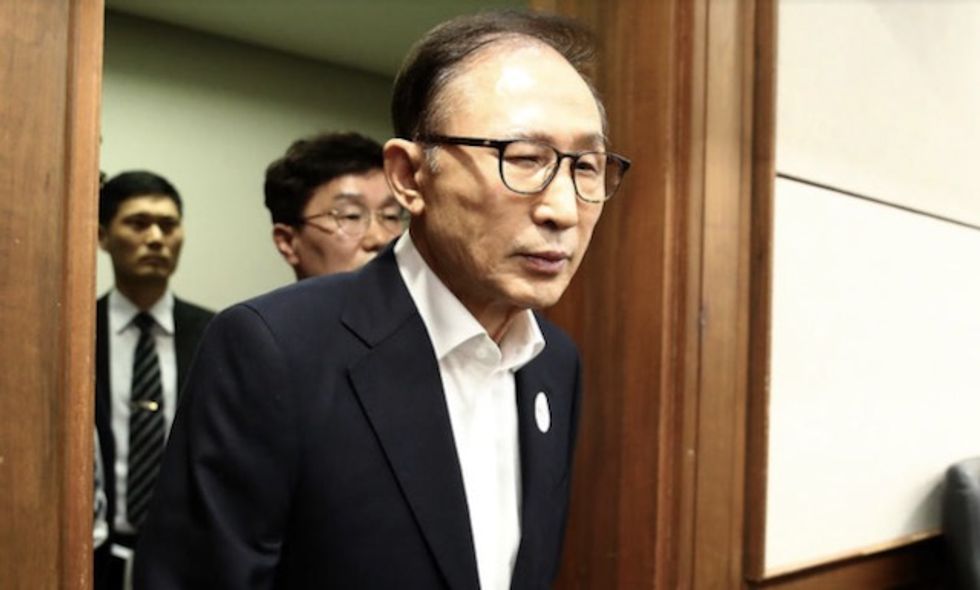 A former South Korean spy chief received a seven-year jail sentence Friday for using taxpayer money for political meddling in favour of the then conservative government, among other charges.

Won Sei-hoon, 69, who led the National Intelligence Service (NIS) from 2009-2013, paid civilians to post favourable online comments about the administration.

Under Won's leadership the agency had "lost the trust of the citizens" and its role to protect national security had also been "seriously damaged", Seoul Central District Court said.

Won was convicted of nine charges from 2017 to 2018, including using NIS funds to bribe former conservative president Lee Myung-bak, and hiring civilians to produce online comments to sway public opinion in favour of Lee's administration.

He was separately sentenced to four years in prison in 2018 for ordering NIS officials to mount an online smear campaign against now-ousted conservative president Park Geun-hye's key rival in the 2012 election.

The closely-fought election saw Park defeat left-leaning Moon Jae-in, who was elected president in 2017 after Park's impeachment over the corruption scandal that also implicated the country's top business group, Samsung.

The spy agency has often been accused of abusing its power to meddle in politics under Park and Lee, the two conservative, now-disgraced ex-presidents.

Lee, who served from 2008 to 2013, was found guilty on charges including bribery and embezzlement and sentenced to 15 years in prison 2018, but was granted bail last year.

Lee's successor Park was sentenced to 25 years in prison and fined millions of dollars for bribery and abuse of power.