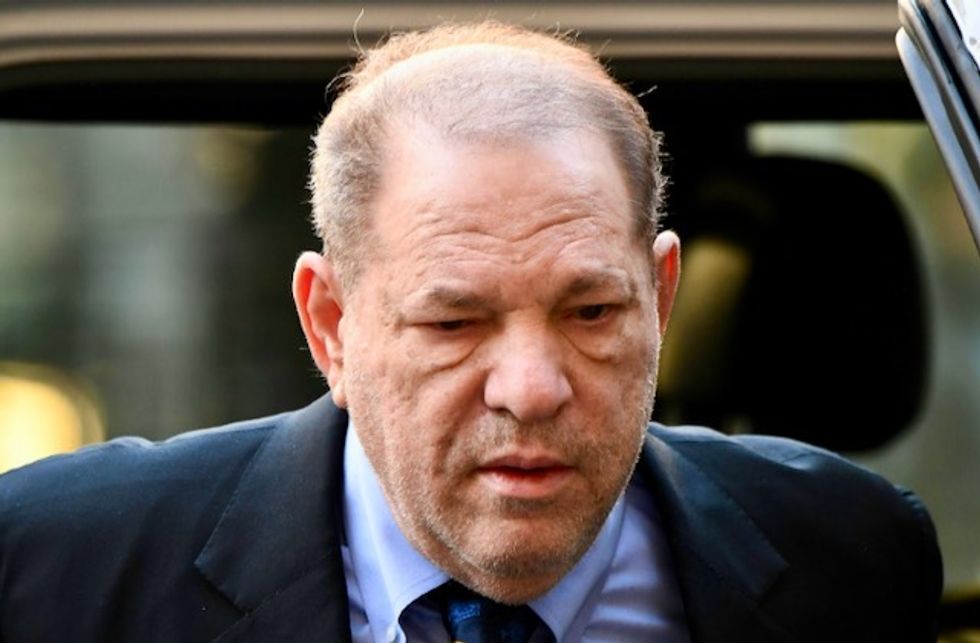 The jury in disgraced movie mogul Harvey Weinstein's rape trial hinted Friday it was struggling to reach an agreement on the most serious charge of predatory sexual assault.

On day four of deliberations, the 12 jurors asked Judge James Burke whether they could be hung on one or both of the top counts but unanimous on the other three.

Weinstein, 67, faces life in prison if the jury of seven men and five women convict him of predatory sexual assault in New York.

The jury is considering five counts against the fallen film producer: two of predatory sexual assault, two of rape and one of engaging in a criminal sexual act.

The jury must reach unanimous verdicts on each count, although if they find him guilty of the most serious charges, they do not need to consider the lesser ones.

On Friday, the jurors submitted a written question to Burke asking whether they could be hung on the predatory sexual assault charges but reach decisions on rape and the criminal sexual act.

Burke told them to take more time after lead prosecutor Joan Illuzzi-Orbon said the state was not willing to accept a partial verdict at the moment.

"Please resume your deliberations," he said, without directly answering their question.

The defense said it was OK with a partial verdict.

Mann, 34, says Weinstein raped her in March 2013, while Haleyi alleges he forcibly performed oral sex on her in July 2006.

To convict on predatory sexual assault, they must believe one or both of the women plus "The Sopranos" actress Annabella Sciorra who says Weinstein raped her almost 30 years ago.

Sciorra's allegation is too old to prosecute as an individual crime but she was included on the indictment to bolster the prosecution's claim that Weinstein was a seasoned sexual predator.

More than 80 women have accused the "Pulp Fiction" producer of sexual misconduct since allegations against him ignited the #MeToo movement October 2017.

Weinstein maintains that all his sexual relationships have been consensual.