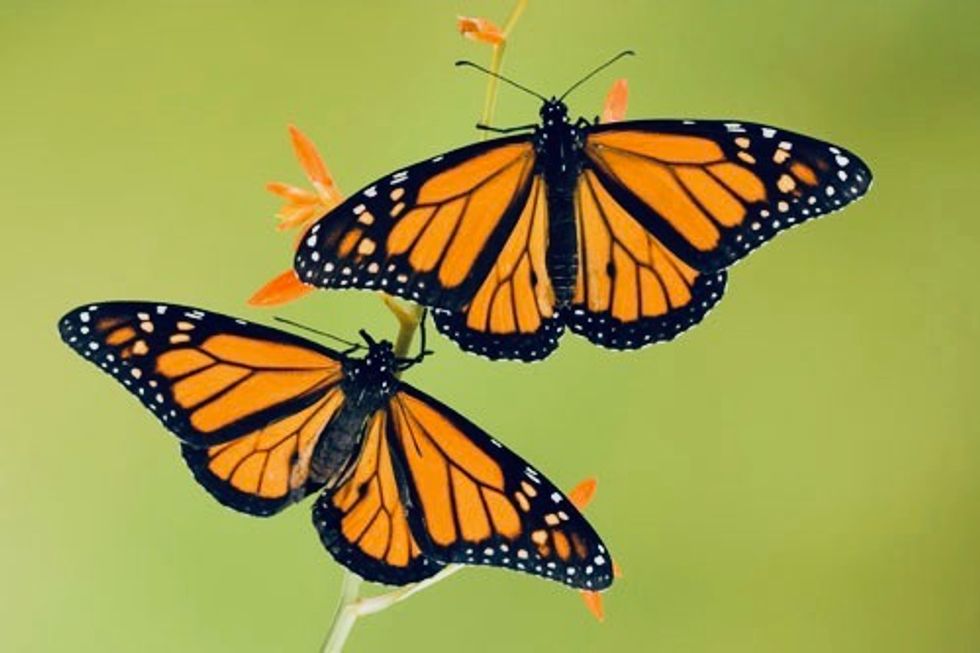 Raúl Hernández Romero's family says he received threats regarding his work campaigning against illegal logging in the weeks before he disappeared.

Human rights defenders on Monday demanded a full investigation into the death of a second conservation activist in Michoacan state, Mexico, after the body of a tour guide in one of the country's largest butterfly preserves was found several days after the man went missing.

The body of Raúl Hernández Romero was found at the top of a hill in the El Rosario butterfly sanctuary on Saturday, one day after the manager of the preserve, Homero Gómez González, was buried. Gómez's body was found last Wednesday after a two-week disappearance.

"Like Homero Gómez, Raúl dedicated his life to the protection of the monarch butterfly in Michoacan," tweeted Amnesty International Mexico in Spanish on Monday. "We demand the immediate intervention of the authorities!"

The global human rights group's U.K. office added that the news of Hernández's death was "horrific" and pledged to investigate.

Hernández Romero's death, "along with the death of Homero Gómez, demands immediate investigation and full accountability," tweeted Richard Pearshouse, head of crisis and environment at Amnesty.

“He was a tireless campaigner for the conservation of the monarch butterfly and the pine and fir forests where it h… https://t.co/5iETGUegcl
— Richard Pearshouse (@Richard Pearshouse) 1580731533.0

El Rosario sanctuary provides a home for millions of migrating monarch butterflies each year and draws thousands of tourists annually. But the reserve has also drawn the ire of illegal loggers in Mexico, who are banned from cutting down trees in the protected area.

Hernández's family told the BBC that before he disappeared on Jan. 27, he had been receiving threats warning him to stop campaigning against illegal logging. Forensic experts said the activist appeared to have been beaten with a sharp object and had a deep wound in his head.

Mexico's murder rate has gone up in recent years, with more than 34,000 people killed in 2019—the highest annual number ever in the country. Between 2010 and 2016, fewer than 6% of murder cases led to convictions. In 2018, at least 14 eco-defenders were killed in Mexico, according to a report by Global Witness.

Guevara-Rosas demanded a thorough investigation into the deaths of Hernández and Gómez on social media Monday.