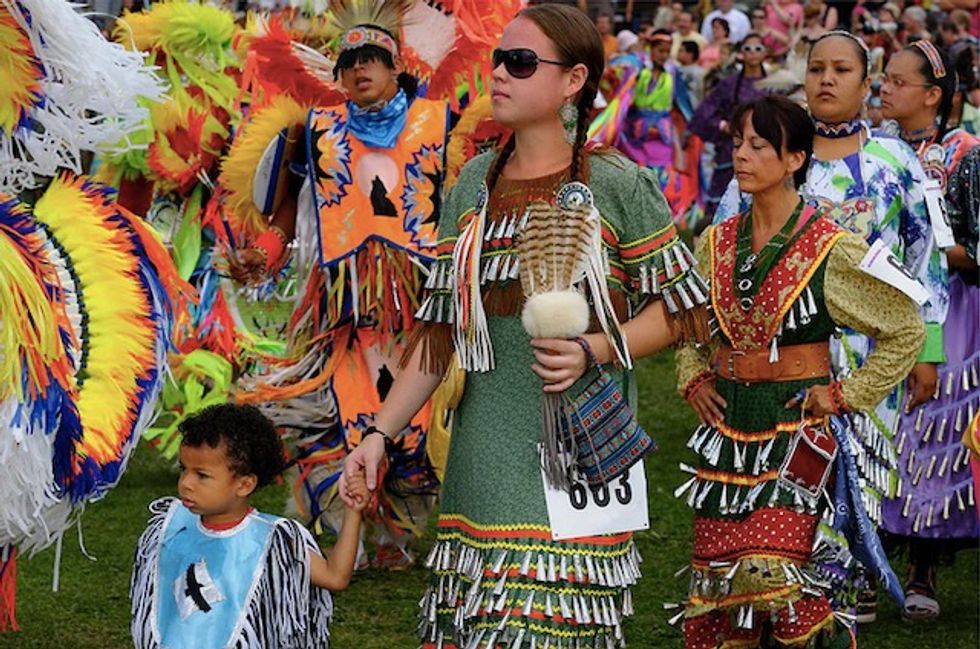 Author Rosalyn R. LaPier Associate Professor of Environmental Studies, The University of Montana Disclosure statement Rosalyn R. LaPier does not work for, consult, own shares in or receive funding from any company or organization that would benefit from this article, and has disclosed no relevant affiliations beyond their academic appointment. Partners View all partners CC BY ND We believe in the free flow of information Republish our articles for free, online or in print, under a Creative Commons license. Ojibwe women conduct a year-long ritual for their girls when they start menstruation. Education Images/Universal Images Group

The Ojibwe, one of the largest indigenous groups in North America, with communities from Quebec to Montana, are revitalizing the “berry fast,” a coming-of-age ritual for girls.

Ojibwe women historically conducted a ritual for their girls when they started their first menstruation, part of which included fasting from eating strawberry, or heart berry, known as Ode’imin, for an entire year. This was also a time to learn valuable wisdom from women elders.

A time for growth

As a scholar of the environment and indigenous peoples, I have studied how Native Americans find religious meaning in the natural world. Indigenous people often view menstruation as a time when girls and women are spiritually powerful.

It is also believed to be a time when young women can have visions. Such stories are often told by the elders within the Ojibwe community. In one such story, a girl born in 1830 had a vision of a great bear. The story goes that as the bear walked toward the girl “it got smaller in size, and when it was right beside her, she suddenly became the bear. She felt wonderful – powerful and strong.”

She became known as “Bear Woman.” It is said that she had a long life and overcame many challenges with “a strong heart and the courage of a bear.”

Historically, women built a small wooden house for a girl to live in seclusion during her menstruation each month. It would serve as a place for personal reflection as well as a space for learning from elders.

Today, Ojibwe girls do not live in a separate house during menstruation, but instead seclude themselves from family and community interactions. For the Ojibwe and other indigenous people, seclusion was seen as a special time without chores, when the girl worked on personal growth and learned from elders.

At the end of the year a feast is held for the whole community to celebrate the girl’s transition. At the feast the girl receives gifts from her community, and in turn she gives gifts. Strawberries and other berries are served to the young woman to eat as she ends her “berry fast.”

Many Ojibwe women discontinued this ritual when most of their religious and cultural practices were made illegal by the U.S. and Canadian governments in the late 19th and early 20th centuries.

But the knowledge was not lost.

Today, many Ojibwe communities are reawakening such female-centered cultural practices.

As one Ojibwe cultural leader recently told me, after a berry fast, the young woman is looked up to as a “leader” by her peers. It is “a beautiful and intentional year-long consideration of the power of womanhood,” she said.