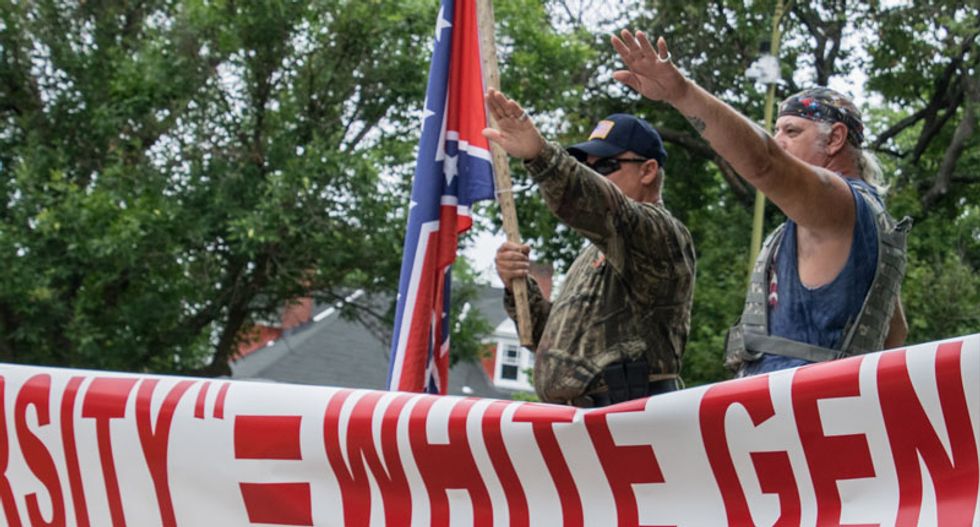 Right Wing Watch has published a blockbuster expose of a white nationalist who managed to score a gig at the Leadership Institute, a right-wing organization whose alumni include Senate Majority Leader Mitch McConnell (R-KY), Vice President Mike Pence, and Rep. Jim Jordan (R-OH).

The white nationalist in question, reports Right Wing Watch, is a man named Michael J. Thompson who worked for years at the Leadership Institute before transitioning to working for right-wing conspiracy website WorldNetDaily.

The website has found that Thompson at one point wrote explicitly racist articles under the pseudonym Paul Kersey, including one in which he said that he didn't feel safe traveling to Baltimore due to the presence of black people.

"A barely underground member of the white nationalist movement, Thompson has toiled undisturbed, until recently, in conservative spaces, even as a number of his associates have since been exposed for supporting the movement that left blood in the streets of Charlottesville, Virginia, at the 2017 Unite the Right white supremacist gathering," the website writes. "Thompson seemingly maneuvered himself into the heart of right-wing politics in Washington and escaped without a scratch, unlike many of his peers who saw their careers implode. It’s not clear who knew about Thompson’s moonlighting and to what extent he is still in communication with employees at right-wing media outlets and The Leadership Institute."