'Ignorant, amnesiac' Trump buried in ridicule for his new 'Bernie Sanders is a communist' attack line 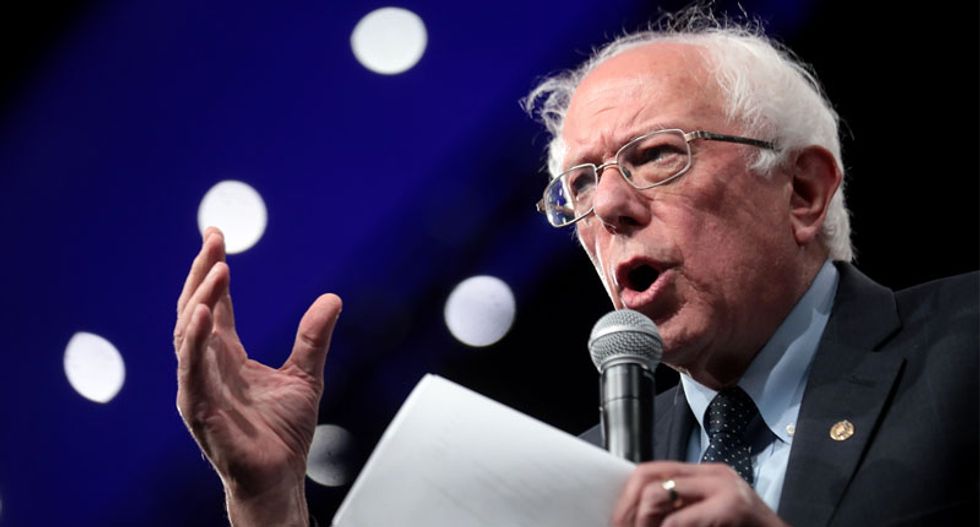 Progressive critics and members of the informed public said President Donald Trump doesn't know what he's talking about when it comes to political labels after he accused 2020 Democratic presidential candidate Sen. Bernie Sanders of being a "communist" on Sunday night.

"I think he's a communist. I mean, you know, look, I think of communism when I think of Bernie," Trump told Fox News' Sean Hannity during an interview that aired during the network's pre-game Super Bowl coverage.

Trump calls Bernie Sanders a communist in a preview of what he would do if Sanders won the Democratic nomination. https://t.co/DvYArL8Put
— PoliticusUSA (@PoliticusUSA)1580676351.0

But while Trump is a documented liar who often exposes his ignorance on simple subject matters—including which state the Kansas City Chiefs play in—observers pointed out that Trump's comments were only among the latest examples of him promoting overt falsehoods.

If Donald Trump really thinks Bernie Sanders' "democratic socialism" is equivalent to Soviet-style communism, then the renowned Wharton School, with which he identifies himself, should consider revoking his degree.

Bernie Sanders promotes the kind of democratic socialism that is practiced in Denmark and was featured favorably in two recent articles in The Tribune. Indeed, virtually all the countries of western and central Europe are, to a greater or lesser degree, social democracies, blending democratic governmental systems with capitalism and an extensive social sector. The German constitution specifically states that the economy will be a "social market economy."

Communism is the totalitarian system that collapsed in eastern Europe and the Soviet Union in the '90s and bears no relationship to democratic socialism.

Trump wasn't alone in asserting what is clearly set to be a new right-wing attack line against Sanders—especially as he rises in the polls both nationally and in key early voting states.

But progressives noted that the line of attack contains a silver lining in that shows the label "socialism" no longer scares the American voting public as it once did.

A number of polls in recent years—including one in October sponsored by "anti-communists"—has shown that socialism is growing in popularity, especially among younger people.