Illinois Dem slams Blagojevich pardon: 'Not based on facts and fairness' 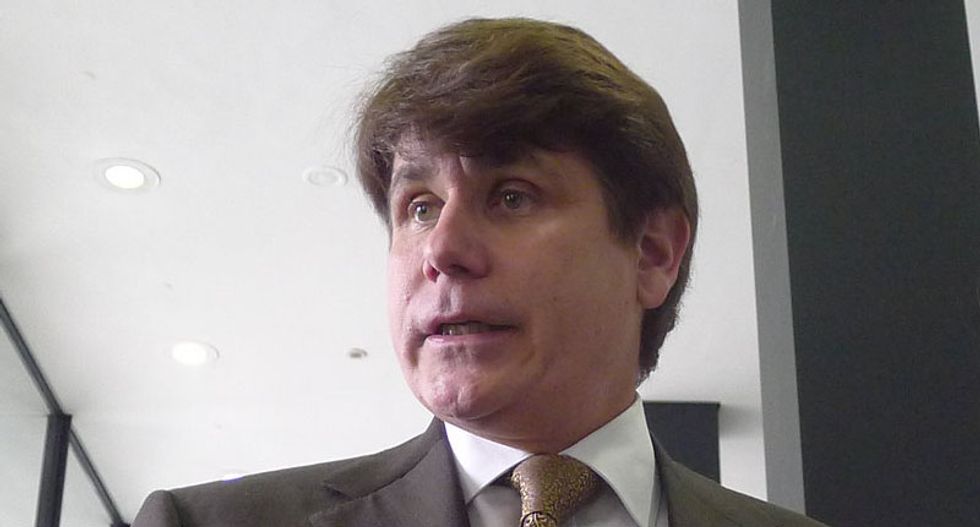 Rod Blagojevich gives a statement with his wife Patti to the press after being convicted in his retrial on May 05, 2011. (WBEZ)

"I think that in part, he's sending a message to folks like Michael Flynn and Roger Stone and others, which is that if you stay on the team, you keep silent about any other information that you know with regard to the president, then you might be rewarded as well, down the road."

"The Republican congressmen from your home state of Illinois have signed onto a statement saying they are disappointed in the president's decision to commute the sentence of the former Illinois Governor Rod Blagojevich," said Blitzer. "They say this: 'As our state continues to grapple with political corruption, we shouldn't let those who breached the public trust off the hook.' Do you agree with them?"

"In general, I do," said Krishnamoorthi. "Unfortunately, our state has a history of corruption. In this particular case, Rod Blagojevich shook down the head of a children's hospital for a campaign donation. I think that he hasn't shown any remorse or contrition for what he did. On top of all this, the process by which Rod Blagojevich's sentence was commuted seems very whimsical. It's not based on facts and fairness. I think all of that leads one to believe that this is inappropriate."