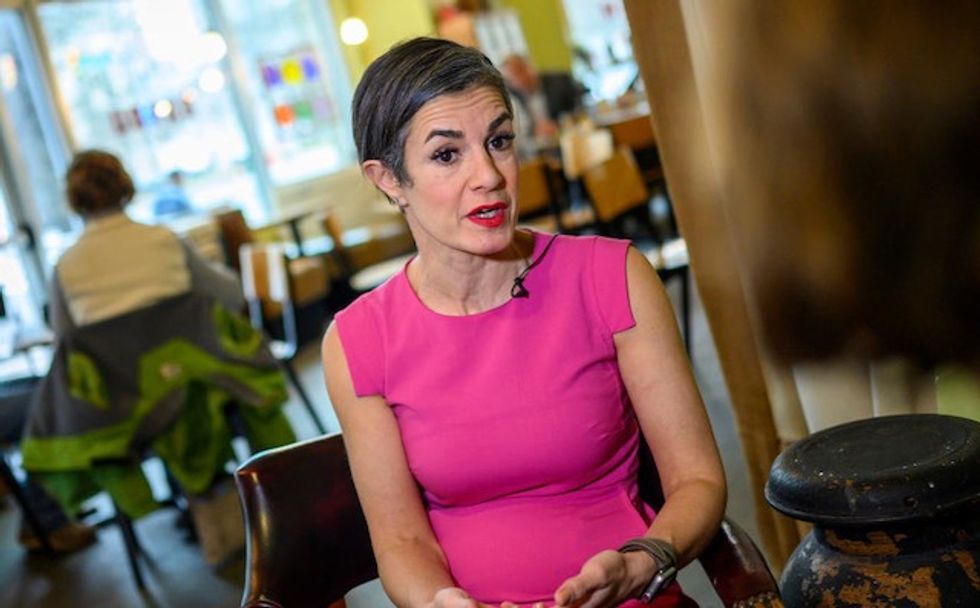 On the national level, President Donald Trump is appointing judges by the dozens to positions on US federal courts, ensuring a conservative tilt for a generation.

But on the local level, a small group of progressive state prosecutors have been elected, and they have big ideas about criminal justice reform.

Parisa Dehghani-Tafti -- who is now the top prosecutor in northern Virginia's Arlington county in the Washington suburbs -- knows she is not the "typical" candidate for the job.

"I am an immigrant. I grew up very poor. I have done some (public) defender work," says the 46-year-old, who was born in Iran, and is a mother to two black children.

"The federal judiciary is changing, it's becoming very conservative. It's even more important that folks who are reform-informed people are running and engaged in the local system," she told AFP.

"We are now the frontline."

Since he won the White House, Trump has named nearly 200 judges to the federal bench. In that time, about 40 unorthodox prosecutors -- one is even a tattooed biker -- have taken office.

For Miriam Krinsky -- a former federal prosecutor and the executive director of Fair and Just Prosecution (FJP), which is supporting these local attorneys -- the progressives represent a "drop in the ocean."

But many of them have emerged in major cities such as Philadelphia, Boston, Chicago, and Orlando: "jurisdictions that impact large numbers in terms of prison population."

The United States has the largest number of prison detainees in the world at more than 2.2 million, according to the World Prison Brief database.

But only 10 percent of those prisoners have been convicted in federal courts. The others are the domain of state and local jurisdictions.

In the past, local prosecutors were known to favor tough sentences for even minor offenses, often as a way of ensuring re-election.

But the new guard is advocating a different approach.

"We are looking at our profession and crafts differently than many of our predecessors have ... They would almost exclusively say that the right solution to every single problem -- no matter small or big -- is jail."

The 48-year-old Rollins, who is African-American, is the first woman of color to serve as a district attorney in the state. She has been in the position since January 2019.

Her two brothers have served jail time, and she campaigned on a promise to no longer prosecute a list of low-level offenses, including marijuana possession.

Rollins won 80 percent of the vote in the traditionally Democratic city.

Since her election, she has made headlines by refusing to allow immigration agents to arrest those without papers in her county's courts.

"If they witness a crime, I want them to feel safe to come forward," she said.

Like her progressive peers, Rollins is also working to reduce racial inequality in the prison system, police brutality and errors in court procedures.

The conviction of a black friend for a crime he did not commit pushed Dehghani-Tafti to go to law school and then to work on the Mid-Atlantic Innocence Project, which tackles wrongful convictions.

"I kept seeing over and over problems -- not with one case, they were systemic. I decided at one point ... that I couldn't not try to do something," she explains.

Dehghani-Tafti then launched her campaign to be the commonwealth's attorney for Arlington county, running against an incumbent. She had the financial backing of billionaire philanthropist George Soros.

She cruised to victory in the left-leaning county after bitterly contested debates.

Both have interesting backgrounds: Boudin was just 14 months old when his parents -- far-left militants -- were sentenced to long prison terms for a deadly robbery.

Gonzalez is a member of a biker gang. His torso is covered in tattoos, including the words "Not Guilty" along his collarbone.

The need for criminal justice reform "provided a platform for people like me," says Aramis Ayala, the first black woman elected as a prosecutor in Florida. She has worked in the Orlando area since 2016.

Since taking office, Ayala has been subjected to a hail of racist and sexist insults -- and death threats.

"A federal official said I should be lynched," she recalls.

Ayala thinks the attacks are as much about who she is as what she wants to achieve.

"If you are of a minority group and you go along with the status quo, you fit in, they celebrate you," she says.

"But the minute you bring along with you all of your life experience and insights and your true perspective, then it becomes a problem."

The 44-year-old will not run for re-election this year -- the state's top prosecutor took cases away from her once she made it clear she would no longer seek the death penalty, even for capital offenses.

Some of the sharpest criticism of these new prosecutors has come from the Oval Office.

Trump has accused them of failing to prosecute "many criminals who pose a severe threat to public safety and community wellbeing."

US Attorney General Bill Barr has called them "rogue prosecutors" who are "undercutting the police, letting criminals off the hook and refusing to enforce the law."

Dehghani-Tafti is not backing down.

"We live in our communities -- we do not want them to be less safe," she says. "I expect the criticism but I am not going to be deterred."

"If we had had 63 homicides, I would be all over every cover of every publication," she says sarcastically.

For Hadar Aviram, a professor at the University of California, Hastings College of the Law, it's too soon to know what kind of impact the prosecutors are having on prison populations and racial justice.

"It's only possible to examine after a person has been in office for several years," Aviram says.