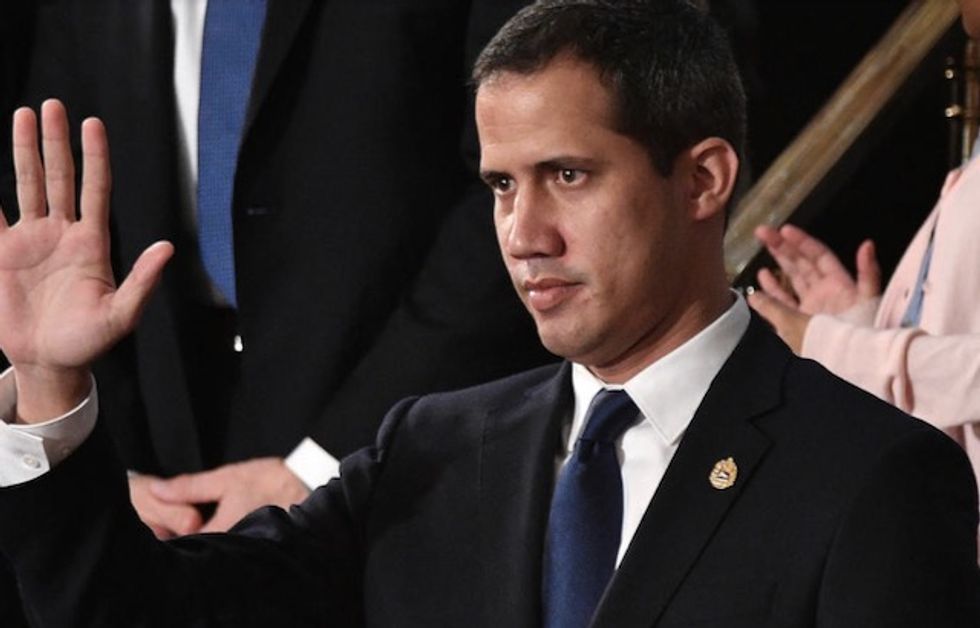 US President Donald Trump vowed Tuesday to "smash" the rule of Venezuela’s leftist leader Nicolas Maduro as he welcomed his rival to his annual address before Congress.

In an extraordinarily direct sign of support, Trump invited Venezuela’s opposition leader Juan Guaido -- considered interim president by some 60 countries -- to watch his State of the Union address from the guests' gallery above.

"Maduro is an illegitimate ruler, a tyrant who brutalizes his people," Trump said.

"But Maduro's grip of tyranny will be smashed and broken," he said.

Calling Guaido the "legitimate president of Venezuela," Trump said the 36-year-old engineer-turned-politician was "a man who carries with him the hopes, dreams and aspirations of all Venezuelans."

Trump's forceful words come after a period of relative reticence on Venezuela that triggered commentary on whether he was putting the crisis on the backburner.

Maduro has shown little sign of leaving more than a year after the United States and most Western and Latin American nations declared him to be illegitimate, citing elections that were widely criticized for irregularities.

Maduro presides over a crumbling economy that has sent millions fleeing, often unable at home to find or afford basic food or medicine.

But Maduro still enjoys the support of the military, and Guaido's efforts to overthrow him through street protests have fizzled.

Guaido welcomed the show of support, voicing his thanks to Trump in a message on Twitter after the speech.

"I'll take the commitment and support of the United States back with me to our fight to win Venezuela's freedom," Guaido wrote.

Trump's salute to Guaido came in a highly partisan speech that included fresh vows of a hard line on immigration from Latin America as he cited crimes by individual foreigners.

But Guaido enjoyed a mostly bipartisan welcome. House Speaker Nancy Pelosi -- who later ripped up Trump's speech -- also applauded as the Venezuelan opposition leader, a serious look on his face, waved back at the chamber.

For Trump, however, Venezuela has also become a political byword for socialism as he attacks the rival Democratic Party for proposed reforms such as expanding health care coverage.

Trump was speaking one day before the Senate will vote on whether to remove him from office for pressuring Ukraine to dig up dirt on a political rival.

He is widely expected to be acquitted after his impeachment by the Democratic-led House of Representatives.