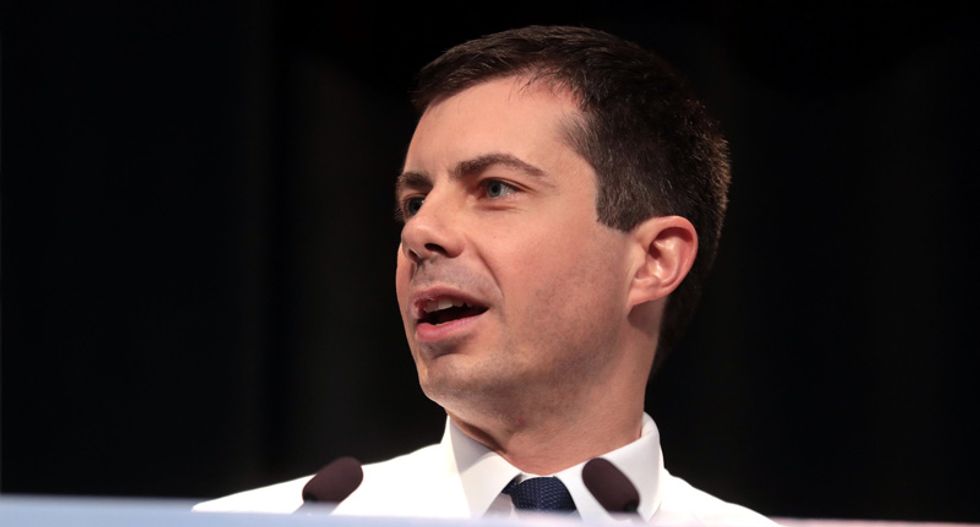 An Iowa woman who supported Pete Buttigieg for president in Monday night's tumultuous US Democratic caucus asked to change her vote when she learned the candidate is gay.

She cited her religious beliefs for doing so.

"Are you saying that he has a same-sex partner? Are you kidding?" the woman, wearing a "Pete 2020" sticker, asked a caucus organizer, known as a precinct captain, in rural Iowa.

The exchange was caught on a video which quickly went viral online.

"Well then I don't want anybody like that in the White House. So can I have my card back?"

The Buttigieg precinct captain in Cresco, Iowa earned praise Tuesday for her measured, compassionate reaction in which she sought to reassure the unidentified woman that a candidate's sexuality is not a concern.

"I would like you to just dig deep inside and think, should it matter if it's a woman or if it's a man or if they're heterosexual or homosexual, if you believe in what they say?" says the caucus official, identified online as Nikki Heever.

Buttigieg, who would become the nation's first openly gay president if elected, has spoken about his Christian faith while campaigning.

Heever told her that Buttigieg does, and that she respects her viewpoint.

The exchange, notable for its amicable tone despite a subject matter that has been a political flashpoint for years, highlights a potential hurdle for Buttigieg.

Polls show mixed results regarding whether Americans would be comfortable with an openly gay president. Internal focus group data obtained by the McClatchy news organization last year showed that many black voters, an important Democratic constituency, could view Buttigieg's sexuality as a barrier.

Although the Iowa Democratic Party had on Tuesday not yet released any official results from Monday's caucuses, Buttigieg and Vermont Senator Bernie Sanders claimed victory in the process to choose state Democrats' pick to challenge Republican Donald Trump in November's election.

Buttigieg, a polyglot Rhodes scholar, is the former mayor of South Bend, Indiana, and served in Afghanistan as a US Navy intelligence officer.

Last year his same-sex marriage to Chasten Glezman was widely covered in US media as Americans mulled the prospect of a same-sex couple in the White House.

"I never heard it," the woman insisted.

It is not clear whether she ultimately changed her vote, but Heever stressed that Buttigieg's sexuality "shouldn't really matter."

"Love is love," she told the woman. "We're all human beings."