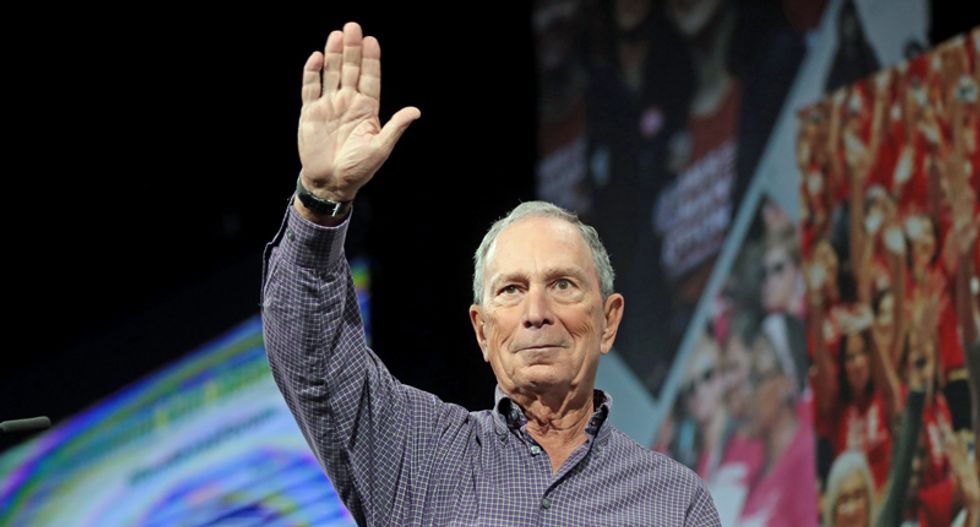 "I raised two boys in NY during Bloomberg’s reign of terror on black and brien boys and men. They were being hunted," Blow explained on Thursday. "This is a moral issue for me."

That came one day after The Times published a column by Blow titled, "The Notorious Michael R. Bloomberg."

"Let’s state some facts: Michael Rubens Bloomberg notoriously expanded stop-and-frisk in New York City to obscene proportions, violating the bodies and constitutional rights of mostly minority men and boys, and not only defended the policy, but mocked his detractors and bragged about it," he wrote.

"What Bloomberg did as mayor amounted to a police occupation of minority neighborhoods, a terroristic pressure campaign, with little evidence that it was accomplishing the goal of sustained, long-term crime reduction," he argued. "These minority boys were being hunted. Their neighborhoods were experiencing an occupation. Citizens wanted crime abatement, but they didn’t expect apartheid."

On Saturday -- the same day an entire book of "vulgar and degrading" quotes from Bloomberg was published online -- Blow continued with a thread on Twitter expanding his thoughts on the subject:

On May 9, the New Yorker published a feature story by Pulitzer winner Eliza Griswold about Pennsylvania state Sen. Doug Mastriano, who could well be the Republican nominee for governor next year, as a flagship example of the swelling power of Christian nationalism within today's GOP. That's an issue I focused on in a 2018 story largely driven by a paper called "Make America Christian Again," co-authored by sociologist Andrew Whitehead. I described this phenomenon as "an Old Testament-based worldview fusing Christian and American identities, and sharpening the divide with those who are excluded from it," and quoted from the paper:

Christian nationalism … draws its roots from "Old Testament" parallels between America and Israel, who was commanded to maintain cultural and blood purity, often through war, conquest, and separatism.

Despite the "Old Testament" slant, this version of Christianity has no room for Exodus 22:21: "You must not mistreat or oppress foreigners in any way. Remember, you yourselves were once foreigners in the land of Egypt," or numerous other biblical passages — which is why Christian nationalism can't be considered synonymous with Christianity per se. Many people in Trump's base perceive it that way, however, as that paper first showed. And Griswold rightly chose Mastriano as a shining — and troubling — example of what that means in practice today.